Types, structural elements of the car body and part names 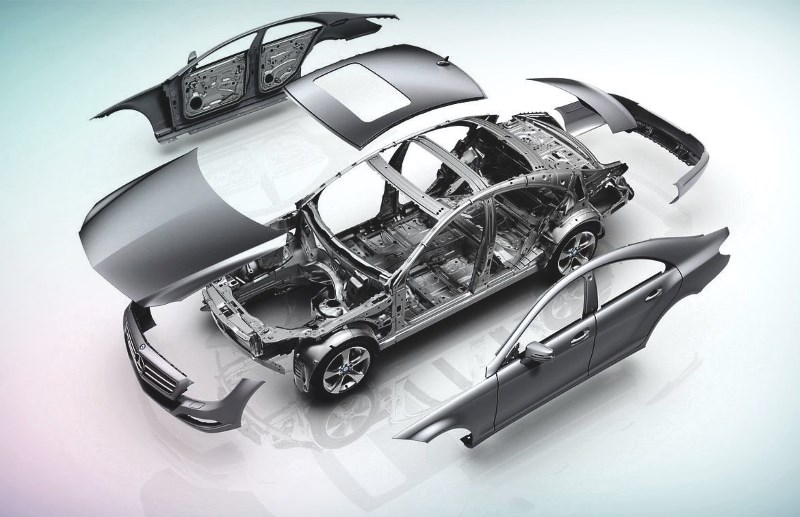 Any passenger car is built on the basis of the body, and this is the largest part of the car, which performs many functions. The special body structure allows the car to withstand the stress of driving and absorb impact energy in the event of an accident. Also, this part of the machine serves as the base on which all functional parts and assemblies are mounted. Car manufacturers produce a wide variety of body styles, which makes each model unique in appearance. However, the same manufacturers adhere to the basic parameters in the manufacture, which characterize the type of body and its version.

Before you disassemble what the body of a car consists of, you need to highlight the main types of its execution. Passenger cars of mass production are produced in the following main types:

There are other types, but these three are the main and most common.

The sedan body type is the most popular. The serial sedan has four doors for passengers, an engine compartment and a luggage compartment. This type of body is the most optimal for transporting passengers and small luggage.

A hatchback is a car with two doors for passengers, an engine compartment and a luggage compartment that is not separated from the passenger compartment. This type has restrictions on the transported cargo, and is also not very convenient for transporting passengers. However, this implementation has its advantages. Cars in this type of body have a lower weight and dimensions, which has a positive effect on its efficiency in terms of fuel consumption. 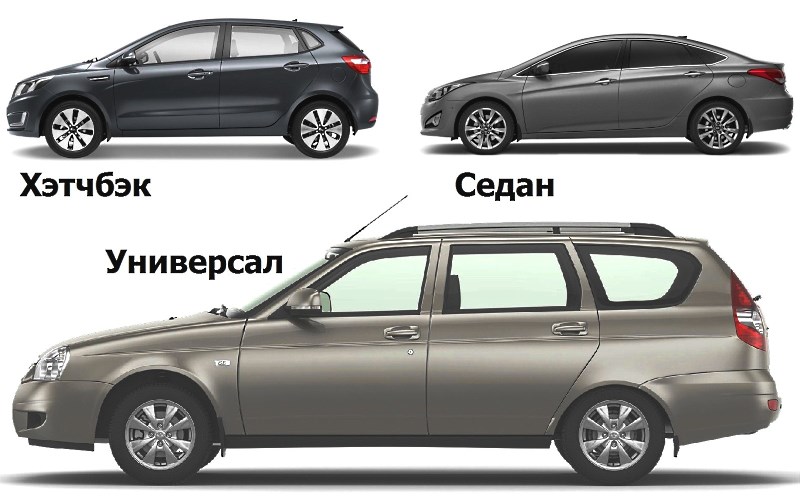 The body of a modern passenger car is made of high-strength steel, which goes through several stages of processing. The small thickness of the metal used makes it possible to significantly reduce the overall weight of the machine, which has a positive effect on its dynamics and efficiency. Despite the small thickness of steel, the body structure is designed in such a way that it is both light and strong.

On most modern cars, body parts are fastened together by spot welding. This makes it possible to ensure the reliability of the connection of elements and to reduce the number of edges and sharp corners, which are most vulnerable to corrosion. In the future, the automotive industry will use laser welding of parts. This approach minimizes the presence of bulges and depressions at the seams, and the body structure will become simpler and more reliable. 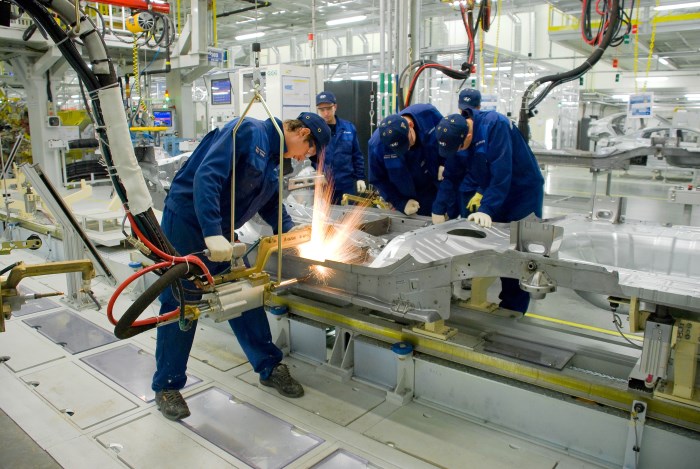 To figure out what the body of a car consists of, you should consider the main parts that are included in its device. For a simpler understanding, the device of the car body can be divided into three compartments. What is the body made of? The general layout of the parts is as follows:

Consider what each of these elements consists of in more detail.

The motor part consists of the following main parts:

The scheme of the engine compartment is designed in such a way that in the event of a collision, the spars and the front beam take over the impact energy. Deforming, they reduce the load on the passenger compartment. This design increases the chances of the driver and passengers to protect themselves from injury in an accident.

In other sources, the names of body parts may differ slightly, but this does not change the essence of the matter. The above diagram allows you to understand in general terms what the body consists of and what its structure is.

All parts of the passenger compartment of a passenger car have the necessary rigidity, which ensures reliable fastening of facing and functional parts. In addition, the design of the passenger part is made in such a way as to provide maximum passive protection in the event of side collisions.

The luggage compartment of a passenger car consists of a rear panel and fenders. The layout of this compartment is designed in such a way that its structure allows it to withstand the loads from useful luggage, as well as provide passive safety in the event of impacts to the rear of the car.

The structure of the car body depends on the model, manufacturer and other details. However, in most mass-produced cars, the arrangement of body parts is approximately the same. Only sports cars and prototypes of conceptually new models, produced in the amount of several units, have a sharp difference. The body of such machines may have a different design.

I have been a driver for more than 7 years, but I did not know the name of most of the body elements. In general, are the bodies of a sedan, hatchback or station wagon very different in their design?

Horror how many details. But the future is still with 3D printers. Prototype bodies are already being produced, which consist of 16 parts printed on a 3D printer made of carbon plastic.

Yeah, on our current roads on a plastic body and ride !!!

Thanks for any other inofvmatire web site. Where else may just I am getting that type of info written in such an ideal approach? I've a venture that I'm simply now working on, and I have been on the glance out for such info.

what will happen to you if you fly into an oncoming car at least 100 km per hour, whose speed is also 100 km but the body is metal, minced meat will remain from you

I think the article will be useful for those who are just starting to drive or those who have been driving for a long time, but do not yet know everything about their iron horse. In any case, someday you will want to upgrade your car. so at least there is something to come to a car service or tuning studio. There are actually quite a lot of body types, I can add minivans, coupes, convertibles, pickups to the above, they all have different specifics of building a body, although in general the composition of body elements is standard. I also knew about thin steel and spot welding, I really would like to find out what determines the choice of material for the inside of the body elements, because when you look in the trunk, you don’t see the steel bottom.

I have a sedan, as stated in the article, I bought it because this body is the most optimal. The body consists of many parts, but I heard that they want to simplify this matter and make fewer parts.

Lot of smarts in that potsgni!