During operation, the car body is exposed to various environmental factors, as a result of which damage is formed on it over time. To keep the machine in working order and maintain an attractive appearance, you need to eliminate them in a timely manner. In this article, we will look at body repair on the example of Hyundai Solaris. 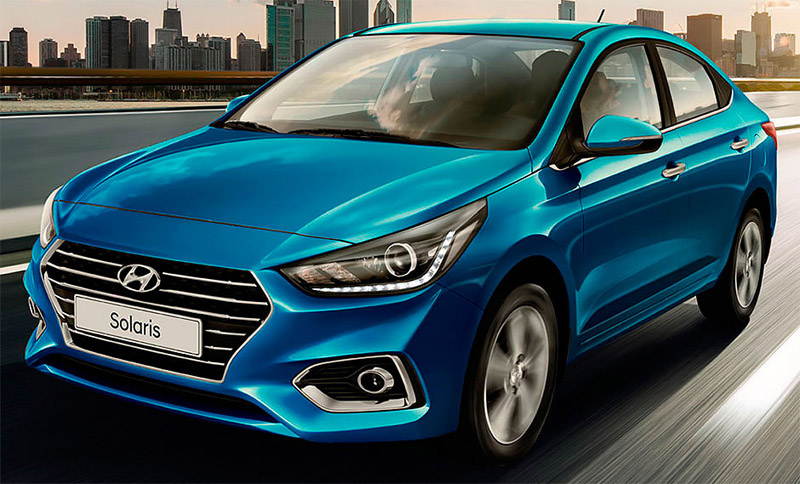 We have collected the main weaknesses of Hyundai Solaris according to numerous reviews of car owners:

Before purchasing any car, it is advisable for the buyer to study its shortcomings, since most often they lead to the need for subsequent repairs. Finding information about the disadvantages of the Hyundai Solaris is not difficult, since this model is one of the most popular on the Russian market and, moreover, it has recently become the best-selling car. In addition, Hyundai Solaris has been represented in Russia for 6 years, and during this time all the design features of this car have been studied, and a lot of reviews about it have accumulated on the network.

The predecessor of the model in question, the Hyundai Accent, is known as a very simple and reliable car. Solaris in this regard, according to some masters, is much worse. So, if the Accent body is famous for its high durability, Solaris owners have a lot of problems with it. First of all, they note in the reviews a very weak paintwork, as a result of which it is easily damaged. Therefore, in order to avoid damage to body parts by corrosion, owners have to constantly tint the car or completely repaint it.

In addition, the Solaris body is famous for the weak thickness of the body metal, leading to the fact that dents from stones easily form on the body parts. Solaris metal is easy to bend even with a finger. Therefore, owners often have to straighten details to maintain visual appeal. And if the "iron" on the Accent is sold at a price close to the cost of similar VAZ parts, then Solaris body elements are much more expensive. However, now it is not a problem to remove a dent on a car, besides, painting is not even required. The cost of removing a small dent is only 3-5 thousand rubles.

In addition, the owners note the weak fastening of the front bumper, which breaks even from a small impact. The bumper on the Hyundai Solaris is the weakest link on the body, since the bumper mounting ears have very thin plastic. Therefore, car owners are advised to park carefully, avoid driving on curbs and snowdrifts, because any careless movement and bumper mounting ears easily break, which leads to a complete replacement of the bumper. And the cost of the front bumper starts from 4 thousand rubles for analysis. 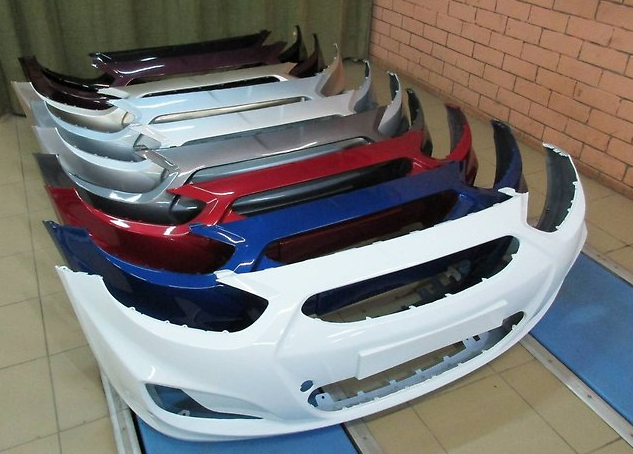 Also, this model is characterized by such problems as a decrease in the efficiency of the washer nozzles and cracking of the windshield when heated in low temperatures.

Due to the fact that the metal of the body is quite thin, the problem of very poor sound insulation also arises, although this problem can be corrected by contacting the workshop, the cost of soundproofing Hyundai Solaris is about 25-30 thousand rubles.

Defects in the paintwork are eliminated by painting. First assess the damage, after cleaning the work surface. Detected defects are ground to metal and treated with putty. The rest of the work surface is matted. Then the non-painted parts are pasted over and paint is applied. After it dries, the surface is varnished.

Body dent repairs can be done in a variety of ways. If the damaged area has intact paintwork, it is easiest to use the leveling method without painting. Professional craftsmen apply straightening technology, after which they paint the car, as discussed above, however, such body repairs are difficult for inexperienced users.

Bumper mount in case of breakage will have to be changed. To do this, you will need to remove the bumper. Moreover, this must be done carefully, since, according to the owners, the mount often breaks when replacing the bumper.

A broken windshield can be sealed, but it is advisable to replace it.