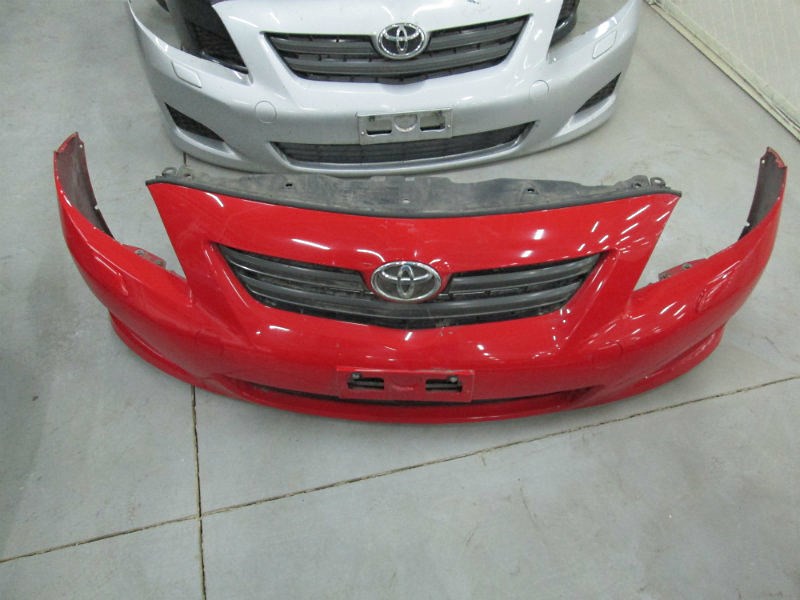 The bumpers of the car are most often damaged in minor accidents. In the absence of funds or in order to save them, you can try to restore the part, rather than change it. Next, bumper repair is considered using the example of a Toyota Corolla car.

There are the following types of bumper damage:

It should be borne in mind that the technology for restoring defects of the latter type is determined by the material of the bumper. Standard Toyota Corolla parts are made of plastic, so the repair of cracks for such bumpers is discussed below.

The front bumper is most often affected, rear bumper damage is less common. This is due to the fact that stones from the cars in front often get into the front of the car. Rear bumper defects are usually formed as a result of collisions. It is also possible to damage both the front and rear bumper when parking. 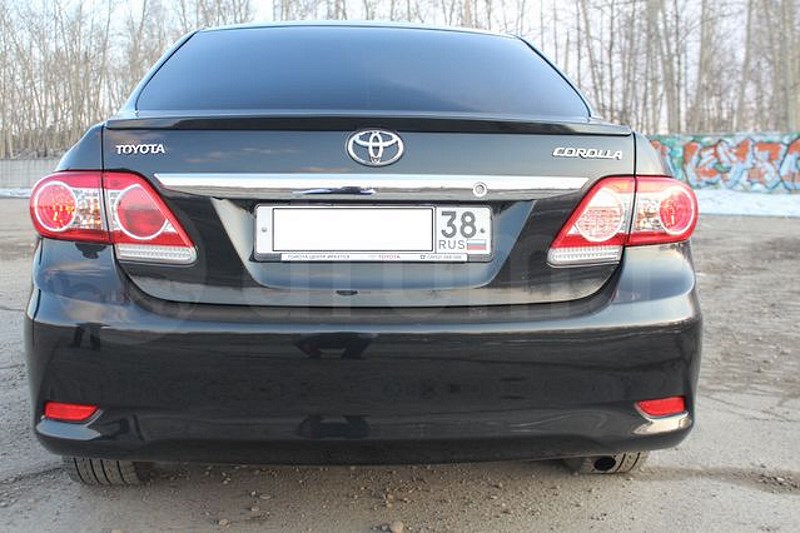 First you need to dismantle the bumper from your Toyota Corolla. The need for this is explained by the fact that, firstly, in this way they provide access to the part, and secondly, this will avoid tensioning the material to the attachment points. The bumper is then cleaned by washing.

To repair cracks in a plastic bumper, heat sealing technology is used. In professional workshops and services, a fine mesh and a heat gun with special additives are used for these works. However, many home repair users do not have such equipment. Therefore, they carry out restoration by soldering.

Often it is supplemented with tightening, especially in cases where the cracks are long or located near the attachment points of the bumper to the body. To perform repairs by this method, equipment such as a drill, screws with a diameter of 4 mm and a length of usually 12-16 mm (depending on the thickness of the bumper), drills, a soldering iron, nuts, hangers, a knife, and a hair dryer are required.

Repairs begin with the fact that the suspension is cut with a grinder or broken across into three fragments. In the future, they are used to tighten the bumper by fixing them across the crack. To do this, on the back side of the part, one of the plates is applied at the place of the screed and holes are drilled in the bumper through the holes in it. To do this, use a drill with a diameter of 3.6 - 3.8 mm, that is, a little less screws.

This is because there are more screws in the hole plates, so if they are large in the part itself, the screws will hang out and the tie will turn out to be unreliable.

Moreover, in the process of work, the drill should be closer to the outer edge of the plate hole. After that, the created holes must be drilled from the outside of the part. This term refers to the creation of a recess along the radius of the hole for the screw head so that it does not protrude from the bumper. To do this, use a specialized tool called a countersink. However, most home repair users do not have such equipment. Instead, you can use a drill slightly larger than the hole. Countersinking must be done carefully so as not to drill through the material, expanding the hole. It is possible to do this manually by turning a larger diameter drill bit in the hole a couple of turns. This will create a sufficient recess for the screw head. After that, screws are inserted from the outside of the bumper, plates are put on them from the inside and the nuts are tightened. They need to be tightened hard enough so that they do not unwind in the future, but not too much so that deformations in the form of a funnel around the screws do not form. If the cracks are located on the curved sections of the part, the plates are bent accordingly and the locations of the holes are randomly chosen.

The plates must be installed carefully, as they may interfere with the installation of the bumper on the Toyota Corolla. For example, the plates may abut against the amplifier. If this element consists of foam, you can simply pick out its section, which rests on the plate. However, the Toyota Corolla amplifier consists of metal, so you will have to modify the screed elements. So, if the screws interfere with the installation of the bumper, they are shortened. This can be done by sawing with a hacksaw, biting off with wire cutters or cutting with a grinder. The latter method may seem the most convenient, but it should be borne in mind that in this case, the heating of the working surface will spread to the entire screw, which can cause deformation of the tie as a result of the screw head entering deep into the material due to its melting. Therefore, cutting with a grinder is performed with a cutting wheel 1.2 mm thick and immediately after that, the workplace is watered with water.

However, the inconsistency between the bumper and the amplifier due to the screed elements is extremely rare, so the likelihood that these works will have to be performed is low.

Instead of a suspension, staples for a furniture stapler can be used as tightening elements. You need to choose such options, the length of the legs of which is less than the thickness of the bumper, or shorten them. The brackets are fixed not with screws, but by soldering also across the crack after 1-2 cm. They are heated with a soldering iron and injected into the material. After that, the brackets should be covered with plastic, pulling it from the adjacent fragments of the part, to protect against corrosion. The advantage of brackets over suspension fragments is that in this case there are no fasteners protruding from the bumper, so there will be no problems when installing it on a Toyota Corolla in any case.

You can do without ties, limited only to soldering, but their use will increase the strength of the connection. After the screed, they proceed to soldering. Professional craftsmen carry out these works from the back side, while novice performers, on the contrary, should solder from the outside. This is explained by the fact that in the first case it is extremely important to observe the depth of soldering, since if soldering is not enough, in the future the putty applied to the crack from the outside will crack along it. This will not lead to a loss of strength of the connection, besides, the crack will be hardly noticeable, but it will still violate the aesthetics of the connection.

If you plan to solder from the outside, the edges of the defect must first be cleaned of paint. Then a heated soldering iron is slowly introduced into the crack, heating the edges. Then they are soldered and the seam is smoothed. In this case, it is necessary to work especially carefully in the area of ​​\u200b\u200bthe tightening plates in order to avoid heating them.

In some cases, bumpers are repaired by gluing, but for plastic bumpers, this technology is considered ineffective. After the repair is completed, the seams are cleaned of burr with a knife and proceed to painting. You should also remove smooth bald patches from the soldering iron by sanding with high abrasive paper, such as 120.

Toyota Corolla bumper scratches are eliminated in the same way as for other parts, that is, by partial or complete repainting. Dent repair is carried out by heating and extrusion. The damaged area is treated with a hairdryer and squeezed out manually using gloves.