We make a professional ultrasonic device for washing car parts 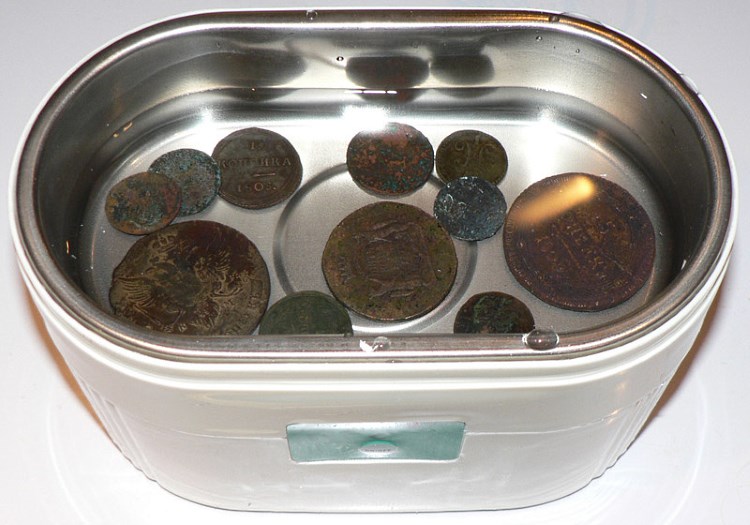 It is well known that most often car cleaning is carried out in a complex way using a high pressure washer. However, some parts cannot be cleaned in this way and must be washed outside the vehicle. Parts washers, also called ultrasonic cleaners, are designed for this purpose. This article discusses the technology for creating such a device with your own hands.

Ultrasonic baths are used in various fields. When washing cars, these devices are mainly used to clean engine parts, such as nozzles, injectors, filters, and others, the washing of which by mechanical means is unacceptable or ineffective.

The peculiarity of the functioning of an ultrasonic cleaner is that it performs cleaning, which excludes the possibility of mechanical damage in the form of chips and scratches on the parts being cleaned.

At the same time, it effectively removes contaminants from hard-to-reach places for washing by mechanical means and even copes with their types such as carbon deposits, corrosion, and industrial oils.

In appearance, the factory sink for parts is a square or rectangular container, consisting of stainless steel. Ultrasonic transducers are attached to its walls from the inside. The source for them is an ultrasonic generator. Household models of the devices in question mainly have a volume of about 1 liter, although there are sinks with a volume of up to 15 liters, and even larger options are used in industry. 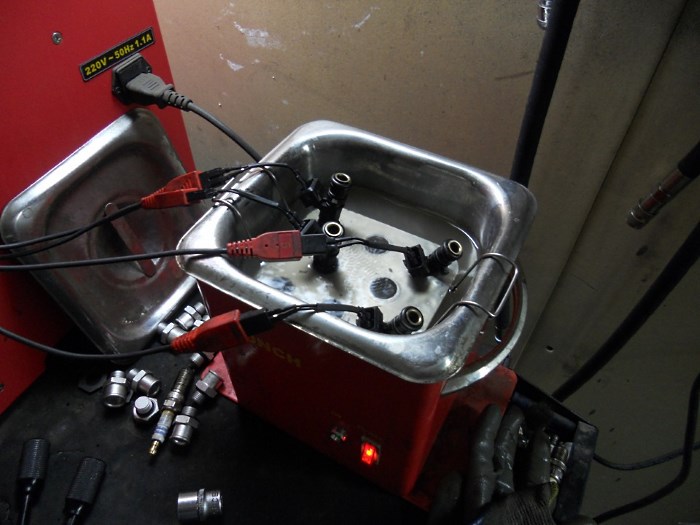 When such oscillations pass through the liquid, a local decrease in pressure is formed, as a result of which cavitation occurs. This term is understood as vaporization and subsequent condensation of air bubbles in the liquid flow, accompanied by hydraulic shocks and noise, that is, the appearance of cavities in the liquid filled with its vapor. Bubbles that have moved to an area characterized by a higher pressure, or with an increase in the total pressure, collapse, creating a shock wave. As a result, there is a destruction of the mechanisms that function in conditions suitable for the manifestation of this process.

However, parts washing is based on the controlled use of cavitation. Therefore, in this case, the described phenomenon does not destroy the objects placed in it, but removes various contaminants from them. Washing for parts allows you to change the frequency of the waves and the processing time, which makes it possible to choose the optimal mode and the required degree of cleaning for the processed objects. 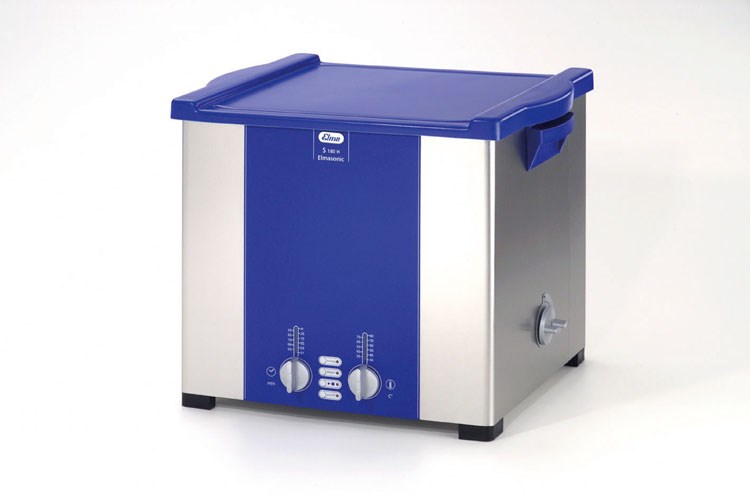 The main components of the considered device are the emitter, the generator and the heating element. The first device is used to convert electrical waves into mechanical ones, which are transmitted into the liquid through the tank wall. The adjustable generator, which is equipped with a sink for parts, generates ultrasonic vibrations. The heating element has the function of maintaining the temperature of the liquid around 70 °C. It maintains liquid conditions between cleaning cycles, and not every branded parts washer is equipped with this attachment.

In order to make the simplest version of this device with your own hands, you will need the following materials and devices: a plastic container (for example, a basin or a bucket), an ultrasonic washing machine, washing powder without a bleaching effect and colored capsules, a spray for cleaning nozzles and injectors, hot water. You need to collect hot water in a container and make a solution by adding washing powder. Then the washing machine and the parts to be cleaned are immersed there.

If you wash the nozzles, an indicator of their cleanliness is the absence of the smell of gasoline when you turn on the washing machine. That is, these parts must be in solution until the smell disappears.

In this case, every half hour you need to change the solution. After the smell is no longer felt, the nozzles are fastened with an elastic band and placed in the center of the ultrasonic machine. Typically, do-it-yourself cleaning of these parts takes about 6 hours. Ultrasonic washing allows you to remove dirt from the nozzles in the form of gasoline, oil and others. 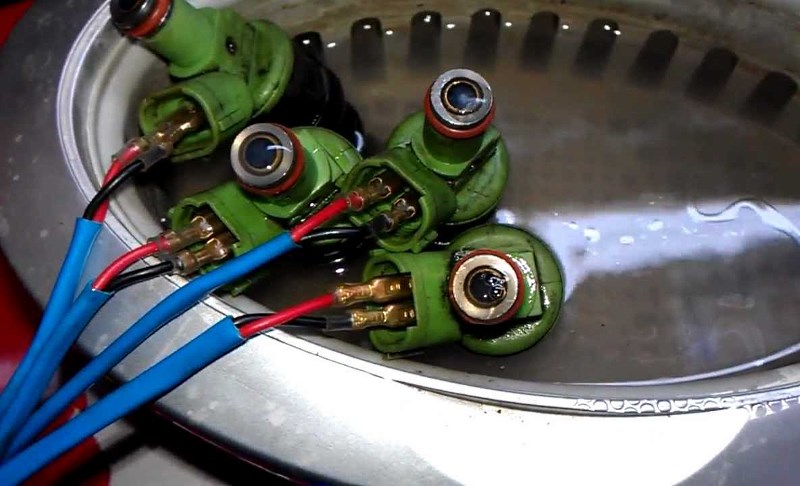 If you need a sink for parts of a more complex design, close to branded models, making it yourself is much more difficult than the option discussed above. In order to make the device even according to the simplest scheme, it is necessary to understand the principle of operation of an ultrasonic bath. In addition, you should first familiarize yourself with the relevant literature on electrical engineering. To simplify, you can search the Internet for schemes of home-made devices of other users. That is, it is advisable for an ordinary car owner to purchase a proprietary device.

The following parts and materials will be required for work: a glass or plastic tube, a round magnet (for example, from a speaker), a coil, a porcelain vessel, a special liquid, a pulse transformer, a metal frame, a pump.

Work begins with winding the coil on the tube. In this case, you need to leave the ferrite rod free, since a magnet is put on it. All of the listed components are assembled as a magnetostrictive transducer. 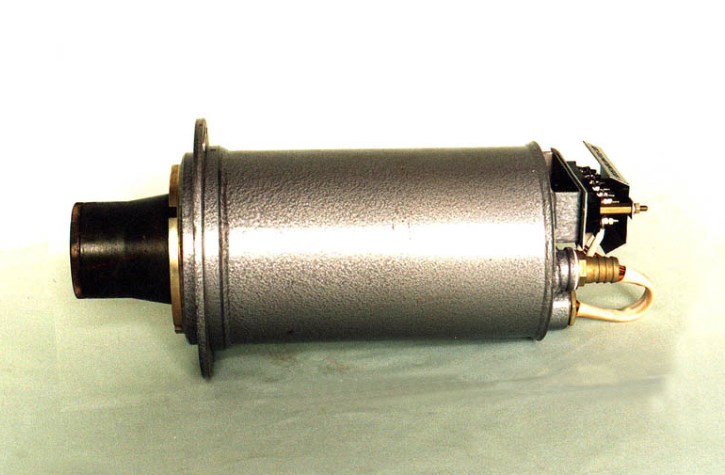 After that, you need to mount a porcelain vessel in a steel frame. A hole is drilled in the bottom of the vessel and the head of the magnetostrictive transducer made at the first stage of work is inserted into it. Next, in the vessel, you need to build inlet and outlet pipes through which the liquid will flow and drain. If the parts washer will be large, it should be equipped with a pump to speed up the circulation of the liquid.

The pulse transformer will serve as a means of increasing the voltage. In order not to create it with your own hands, you can take this element from a TV or computer power supply.

Upon completion of the work, a test run is performed to identify errors in the assembly of the device and eliminate them. It should be borne in mind that the ferrite, which is part of the sink for parts, is very fragile, so it is unacceptable to turn on this device without acoustic load.

An interesting design of the washer, I must try to do it. For small details, a very necessary thing!

I think it's worth doing such an experiment, I'll go to the garage to assemble the device. Let's start with the injectors, if everything works out, of course.

I was going to buy an engine wash in Garant Avtotekhnik-2, they have reliable equipment for a car service, but after reading your article I think I can do it myself. Thanks.

Learning a ton from these neat artlices.

the article is informative and gives an understanding of how such a washer works. but I'm afraid to experiment on my own) I decided to buy and did not regret a bit. I took titanium ultrasonic, a good device and proved that not all purchased equipment is bad :)

Turned out to be a great sink! And he also assembled it himself, only a submersible sink, from a barrel and a heating element for heating. Details, my own engines!

I also assembled the sink myself, but not ultrasonic, but submersible. It turns out on a budget, from a barrel and a heating element for heating. Of course, a lot depends on the chemistry. I have been using pro for a long time, I like the result, and it washes oil and varnish, this tool is also suitable for ultrasonic washing.