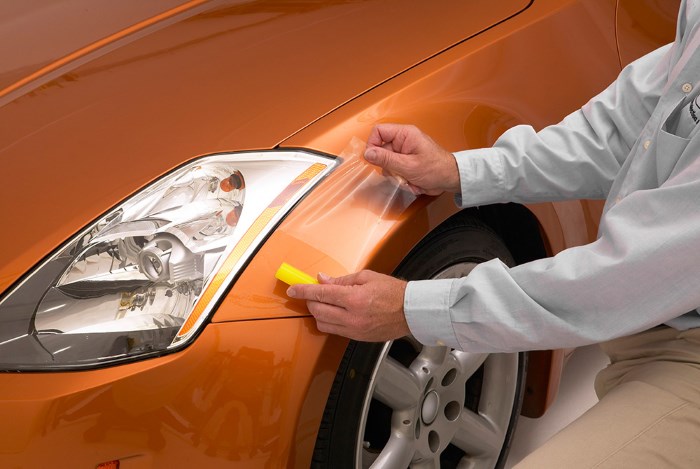 During operation, the car is exposed to various environmental factors. Among them, particles and objects hitting the body are the most dangerous for the paintwork. They lead to its damage and destruction, which exposes the body to corrosion and the need for repair. Pasting the car with anti-gravel film ZM will help to avoid this.

Anti-gravel film is designed to protect the car body from the following factors:

From this it follows that the anti-gravel film protects the car, while maintaining the aesthetic properties of its paintwork and extending the operational life. The principle of operation is to dissipate the energy of impacts of solid particles. Provided that the pasting was carried out correctly, the anti-gravel film firmly adheres to the surface of the car body without changing its original shape during the operation of the car. In case of damage, it is easy to polish it, and if necessary, remove it. Due to its complete transparency, the material is invisible and does not affect the fading of the paintwork under the influence of ultraviolet radiation.

If you glue the anti-gravel film immediately after purchasing the car, after a few years it will retain its original visual appeal. Thanks to this, a successful and profitable sale of it in the secondary market is possible.

To understand the effect of 3M film, you can look at user reviews and photos and compare them with photos of cars operated without anti-gravel protection.

There are several types of anti-gravel film. The most common among them are polyurethane and vinyl options.

Vinyl materials are designed to fully cover the body. This is relevant, since such an anti-gravel film protects the car from the effects of various factors from all sides. For example, this material protects the paintwork from fading under the influence of ultraviolet rays, which leads to a decrease in color saturation.

Vinyl anti-gravel film is characterized by great flexibility, which is due to the injection molding technology used in production. Due to this, this material makes it easy to paste various curves of the surface of the car body. In addition, the materials under consideration are notable for their low cost in comparison with polyurethane counterparts.

However, it should be borne in mind that the vinyl anti-gravel layer is characterized by a small thickness. Therefore, it is not in all cases able to protect the car from sufficiently large stones, especially if they fall on the side surfaces of the body at an angle. In addition, at negative external temperatures, such materials lose their elasticity, which makes them even less durable. In view of this, gluing with this material is more often used as a decorative rather than a protective measure. Vinyl films provide a sufficient level of protection only from UV rays, but not from mechanical impact, so many do not consider them anti-gravel. Reviews and videos from experienced users help to better understand how to properly glue the film on the body. 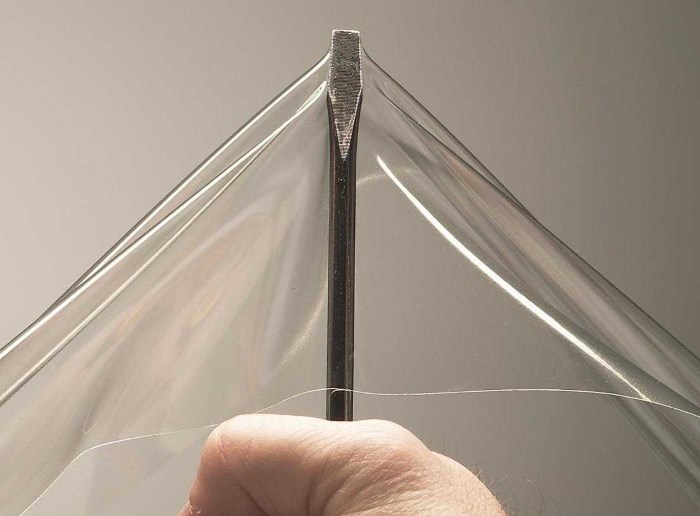 These materials are created using technology used in the defense industry. Initially, such anti-gravel films were used in the armed forces to protect helicopter blades from sand.

The materials under consideration differ from vinyl counterparts in greater strength due to higher viscosity. However, in view of this, it is impossible to paste them on car body surfaces of complex shapes. Therefore, the car is covered with such an anti-gravel film only in the areas most subject to mechanical stress. They are represented by a bumper, front edge of the hood and mirrors. Moreover, even in this case, it is impossible to completely paste over the named parts. Typically, approximately 5% of the uncoated surface remains. In addition, to ensure a good fit of the film to convex surfaces, you will have to cut it.

Despite the greater strength, the duration of the service life of the polyurethane anti-gravel film does not differ from the vinyl. In both cases, it averages 5 years.

In addition, the material in question is not able to protect the paintwork from fading, as it is permeable to ultraviolet rays. However, the permeability reaches 100%, so the burnout of the paint under the film and in areas not covered by it occurs evenly. In addition, due to the complete transparency of the material, the shade of the paintwork is not distorted. However, it should be borne in mind that with the course of operation, yellowing of the polyurethane film is possible, as evidenced by user reviews. In order to learn about the features of these types of materials, you should also look at the reviews. 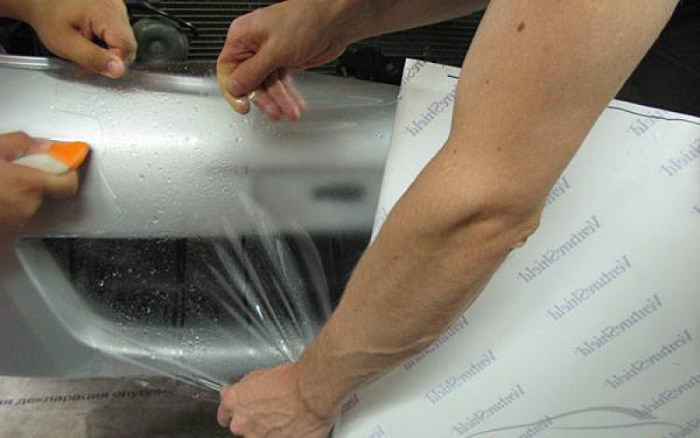 The material in question refers to polyurethane films. It has a multilayer structure, the total thickness is 150-200 microns. The 3M film was created taking into account all the factors that the car is exposed to during operation. In addition, the material was tested in various extreme conditions.

Is it worth gluing it to the body? According to the manufacturer, the 3M film does not turn yellow during operation. As mentioned, polyurethane materials do not change the shade of the paintwork, but this material in addition has a glossy layer, which gives it the shine characteristic of car paint, so that such a film completely merges with it. That is, pasting it will not affect the appearance of the car.

Pasting with 3M film does not limit the maintenance of the car: it can be washed and polished, and if necessary, the material can be easily removed.

The film in question, among other places, can be glued to the areas of docking and friction of parts, for example: to the place where the bumper fits on the body or the edges of the doors, to save them.