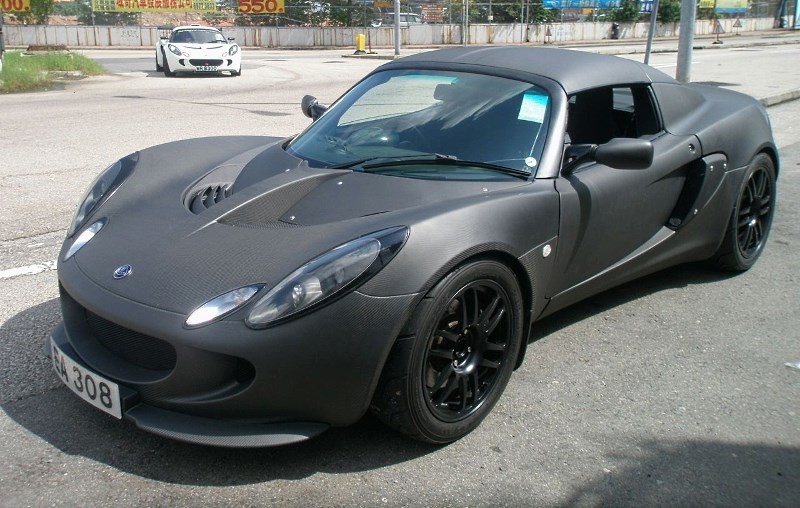 There are several types of films for cars, which differ both in color and in material and texture. The following describes how to stick a carbon film on the body of your car with your own hands and what you should pay special attention to.

Covering a car with this material has both practical and aesthetic meaning. From a functional point of view, gluing a carbon film is beneficial in that it protects the car's paintwork from external factors such as precipitation, grains of sand and stones, ultraviolet rays, and chemically active substances. This is especially true for parts exposed to particulate matter from the road, such as the hood. Externally, the coating under consideration quite reliably imitates carbon fiber, as evidenced by photos and videos. Therefore, it is usually applied to those parts that are most often represented by carbon counterparts, that is, the hood, mirrors, etc. You can also cover the plastic in the cabin with a film. Moreover, this coating is much cheaper than the original material. You can learn about the various options for applying the film both on the body elements and in the cabin from the photo and video. In addition, if the hood or other parts already have damage to the paintwork, they can be pasted over with a film in order to hide defects. That is, the carbon film has attractive aesthetic qualities and is strong enough to protect the car's paintwork from various environmental factors. In addition, this material is suitable for application to various materials, such as metal or plastic, so it can be used both for coating body parts and for interior decoration.

Subject to compliance with the operating rules, the service life of the carbon film is up to 10 years.

To glue a car with your own hands with this material, you will need the following materials and tools:

Before you start pasting with carbon film, you should familiarize yourself with the training photos and videos. They will allow inexperienced performers to understand how to glue carbon film. In addition, it is advisable to find an assistant, since do-it-yourself gluing alone is difficult to do due to the fact that the coating for large parts, such as the hood, has the appropriate dimensions.

In order to properly wrap the carbon film, you need to follow the sequence of work. Do-it-yourself car wrapping with carbon film begins with preparation. It consists in cleaning the working surface, its degreasing. If there are irregularities, they should be primed with a primer, since the coating in this case will adhere more tightly to the surface. The material must be cut into fragments for pasted body elements. They are correlated with parts to determine the accuracy of cutting. Next, the coating, without peeling off the base, is applied to the working surface and fixed with masking tape. Then the base is removed, stretching the coating to avoid sticking it. Then spray the surface with a soapy solution, leaving no dry areas. After that, the material is applied to the surface and bubbles and liquid are removed from under it, smoothing with squeegees: first plastic, then felt. Finally, the coating is heated with a hair dryer and smoothed again. Pasting rounded surfaces involves heating and smoothing the material throughout the entire process. In any case, it is especially important to warm up the critical sections of the film. Warming up allows you to more carefully attach the coating to the work surface, adjusting its shape. Heating efficiency is determined by temperature, so household low-temperature hair dryers are not suitable for this. However, overheating is also unacceptable, as it leads to stretching of the material. Warming up is carried out gradually, processing each area. The whole process takes 5-7 minutes. At the end, the excess material is cut off with a clerical knife. Places of free edges and joints should be treated with sealant in order to protect against mechanical impact of environmental factors. After the gluing is over, the car is left for a day. Washing during the week can only be done in a contactless way.

The wet film application method has been discussed above. It is widely used due to its simplicity. In addition to this technology, there is a dry method. Such works are more complicated and require more time, therefore, experienced performers usually apply the film in this way. Application must be carried out at a temperature of at least 22°C in a dry and clean room. The main difference between the dry method and the wet method is that the material is applied to a dry work surface without the use of a soap solution. Otherwise, the technologies under consideration are similar, but the second one is more effective.

Interior plastic can be pasted over with a film with your own hands using the same methods as the hood and other body elements. Pre-pasted parts are dismantled. Before you start pasting the interior with carbon film, you should also watch the video.