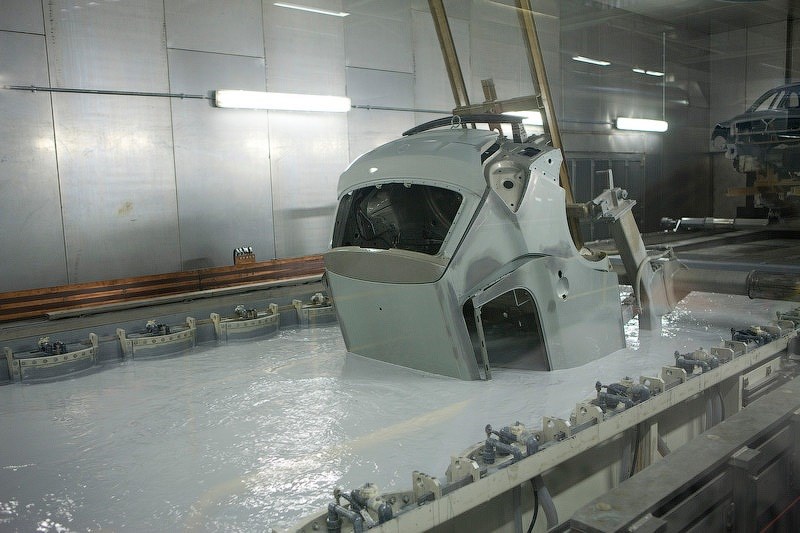 Not only users, but also many manufacturers are interested in protecting the car body from corrosion. Some of them are trying to increase the cost in this way, while others really care about the durability of the body and make the most corrosion-resistant cars. Both those and others use the same phrase “car with a galvanized body” in the description of the model.

However, it is not always worth believing that such a characteristic really guarantees the complete protection of machines from decay. Some European manufacturers actually produce their cars in a fully galvanized body. The rest, if they use galvanization, then in a slightly different design - basically this is a partial processing of some car body parts with zinc-containing compounds and more often only on one side.

To understand how things really are, you must first familiarize yourself with the three well-known methods of galvanizing metal elements of a car body.

European manufacturers, which belong to the greatest concern VW Group, use the most reliable body treatment - hot-dip galvanizing. This type of anti-corrosion treatment is very time-consuming and expensive, so cars are somewhat more expensive than other models. More details about this method and about car models with fully galvanized bodies will be discussed below.

A simpler treatment of the car body is galvanized galvanization, which is used both for complete processing and for protecting only the most vulnerable parts. These elements include the bottom, arches, thresholds. Partial processing is used on budget car options that are intended for mass sales. Very rarely, but still used to protect metal from corrosion at home, but self-treatment by this method is real only for small elements of the car body.

The last way to protect the metal is cold galvanizing. This method is very similar to the previous one, but simpler and cheaper. It is mainly used for local processing of some elements of the car body at home. Such galvanizing is performed without immersion in a container - a zinc-containing solution is applied to the metal surface using an electrode connected to the positive terminal of the power source. The metal itself is connected to the negative terminal. Since this method is not used by car manufacturers, it is not worth describing it in more detail. 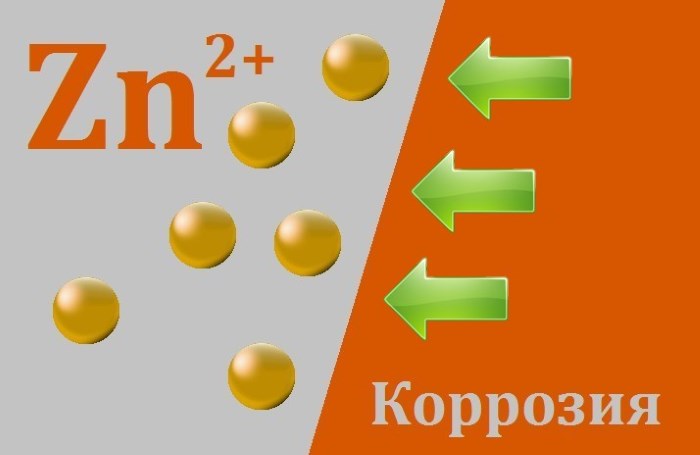 This method, as already mentioned above, is used only by large manufacturers of European foreign cars. Thermal galvanizing consists in the complete immersion of the entire body before assembling the machines in a special solution. For this, large technical containers are used, which are filled with a zinc-containing composition. After the body is immersed, the composition is heated to the required temperature, which contributes to the reliable fixation of zinc particles on the metal surface.

As a result of the procedure, the thinnest film is created on the metal surface, which prevents the penetration of moisture and the destructive oxidation process. The most corrosion-resistant cars treated in this way show the best results in salt chambers.

The manufacturer himself often gives a truly long-term warranty on the body. Sometimes the indicators reach up to 30 years. The minimum service life of such vehicles is about 15 years.

What machines are subjected to full heat treatment at the assembly stage? Unfortunately, there aren't that many. Not every manufacturer can afford such a galvanizing method, while maintaining its position in the market. Therefore, the list contains the following car brands from European industry giants: 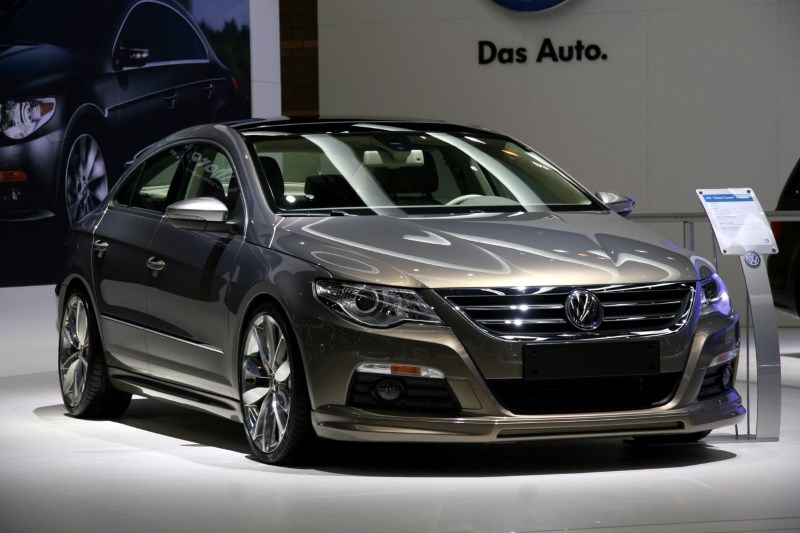 In addition, some other models of the European automotive industry that are processed by thermal galvanization can be noted:

Of course, all these cars have a slightly higher cost compared to their counterparts from competitors. However, if you take into account the costs of subsequent body repairs, then their price fully pays off. In addition to the cost of money, one should take into account the loss of time that will be required for periodic patching of metal and constant tinting of corrosion marks. If the treated car will serve without problems for more than fifteen years, then the usual body will have to be cleaned of corrosion and tinted several times already.

A more technically simpler processing is galvanizing the car body using a galvanic method. What are the indicators of this method? Cars treated with this method also have a fairly long manufacturer's warranty against corrosion.

Galvanized bodies have a slightly lower cost than those that have been heat treated. The same can be said about the durability of the protective layer - it lives much less.

The galvanizing procedure is as follows:

What results does it give? The process that takes place in the tank, called electrolysis, contributes to the reliable fixation of the dissolved zinc particles on the metal surface. The result is the formation of a reliable protective layer that repels moisture and prevents oxidation of the metal. This method is slightly cheaper than the previous one, so cars with this treatment are somewhat lower in price. 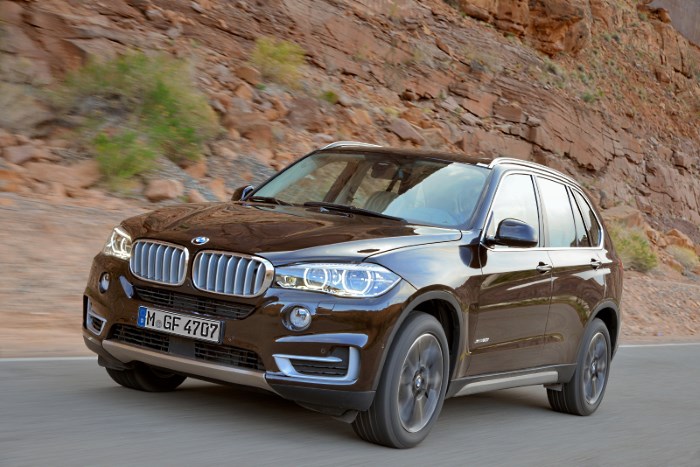 What brands of cars are put on the market with this treatment? There are also few of them - among the leaders are the giants of the automotive industry Mercedes and BMW. These manufacturers use combined protection, which includes not only galvanized galvanization, but also the selection of special steel. In addition, the German leaders in this field use a rather impressive thickness of a layer of paintwork as an additional protection. This solution allows them to make the cost of the body at an acceptable level for profit. And at the same time, such protection is no less effective than Audi's methods developed over the years.

Partial galvanizing of cars or simply a publicity stunt

In conclusion, we should consider those brands that use only partial processing of the body of their cars, passing it off as a full-fledged galvanization. What brands use such an advertising move? Here you can find brands of Korean, Chinese and even domestic production.

For example, with regard to the domestic automotive industry, the latest Lada models are subjected to partial processing. These include Kalina and Grant, which, according to the manufacturer, have recently been covered with a protective layer of zinc by almost 40%. In these machines, only the bottom, thresholds and arches are completely galvanized.

In this case, only one-sided galvanizing of some body parts is used. The second side is simply primed and painted in the traditional way. Such protection is designed to ensure that the part of the body hidden from the eyes will be reliably protected from imperceptible decay.

This approach allows you to significantly save money on production lines and make a good advertisement for your products. And although corrosion protection is still present on such cars, its capabilities are often exaggerated for advertising purposes, passing it off with the help of a competent text as a full-fledged galvanization. Such manufacturers also include Hyundai, Chery, Geely and Kia. In this case, the latter brand often uses conventional cataphoretic priming with the addition of zinc particles. Such protection is also very effective, but it cannot be compared with the treatment that European brands undergo. 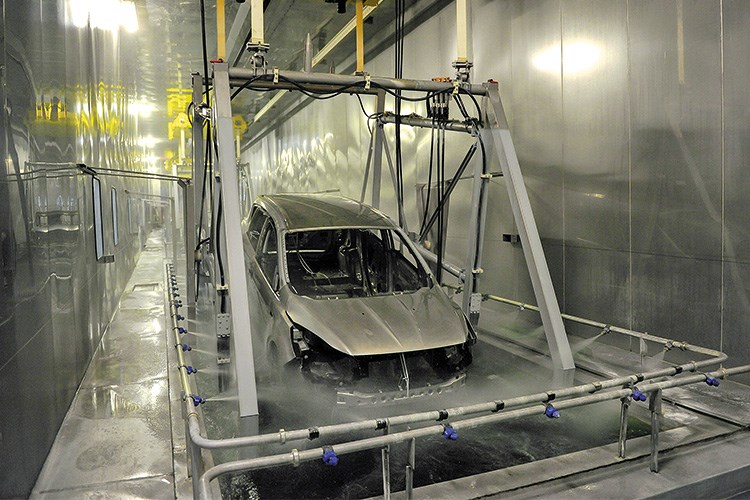 Recently, Japanese automotive products have been showing good results. Here the Honda brand is considered the leader. It is also worth noting some success in this area with new Toyota cars. Their technology, of course, is far inferior to the European giants of the automotive industry. However, cars of these brands also have a long body warranty and show good protective properties when tested in a salt tunnel.

The only drawback of such manufacturers is that they are overly loud about the protective properties of their products. In order not to fall for the bait of advertisers, it is necessary first of all to pay attention not to the words with galvanization, but to the duration of the guarantee period for the body. This indicator is more reliable and truthful than some general statements about high-tech galvanizing of metal.

As it became clear from the situation described above in the world of the automotive industry, some of the manufacturers can really rightly claim that their cars are galvanized. Their high cost pays off over time, when cars partially treated with zinc-containing substances will soon require cosmetic or serious body repairs.

And if you do not take advertising statements about galvanizing as the main indicator, but pay attention to the guarantee of budget cars, then it is quite possible to acquire equipment that will last much longer than usual. It should be noted that galvanic galvanization, unlike thermal galvanization, is easily damaged after a small accident. Therefore, after accidents, any protective properties immediately practically disappear. But thermal galvanizing can be partially restored at the local level even after moderate accidents.

Body galvanization should be done in any case. So the car will remain in good condition longer.

The procedure is not cheap, but if the car is expensive, then it is worth doing, so the car will last longer.

Thermal galvanizing ford ekskort, what are you talking about? He rotted before my eyes.

All European Fords were not galvanized until the 2000s and rotted better than Soviet Zhiguli, and only the Escort and Sierra are an example of body rotting. It is worth adding scorpio here - these cars rotted into dust.

who said that Opel is galvanized? they are rusting out of the factory.

five years on the hood chipped to iron. not a hint of rust. opel astra 2012 smart girl

the fifth year on the hood chips to iron and no rust. on a Camry for three years, the hood is covered in bugs.

It's rotting in factories in Russia

Many Japanese cars, Mitsubishi, Toyota, Honda are very resistant to corrosion, although this is more likely for older cars, before 2000

If you buy a car, then immediately expensive and good.
With heat treatment.
Than looking forward to taking shit.

And if on this expensive and good car the engine is shit (fancy and disposable)?
So there is a compromise between the service life of the main components ...

The engine can be made and the body if it went to rot, then you are unlikely to stop this rot

It is very accurately noted that the Koreans process the bodies with zinc metal, but they are reliable and not expensive to maintain, and the Germans developed a heaped one-time engine that costs like the floor of a car and is sold against the background of the quality of old models, but there is no longer any reliability, there is no bodywork, and prices are high. There were three Audi was delighted, Volkswagen took because. another body is needed and concluded that the vag has lost its quality.

The author is absolutely illiterate in the issue covered, he confuses different types of coatings and methods of their application, and it is impossible to draw practical conclusions from his material. Look for other sites, without nonsense on the description of technology, with data on the bodies of specific cars.

You tell me where the Ford Opel and Chevrolet (Aveo, Lanos, Lacetti and other Koreans) are galvanized, don't talk nonsense. Volkswagen has been developing galvanizing technology for many years if from the trade wind b5 and even more so from 6, and even from golf 3 and 4, and even the T5 decently saw rotten. Vagi has not been strong in bodywork for a long time. Are Koreans, Chinese, Russian cars galvanized or strong in body? What the hell are you writing

Pure Japanese from the 80s of the body and sow the day livelier than the living! There was Windom 95 in my use from 2010-2015 for five years, I never saw a single saffron milk cap on it. And Krovn has the same story since the 80s