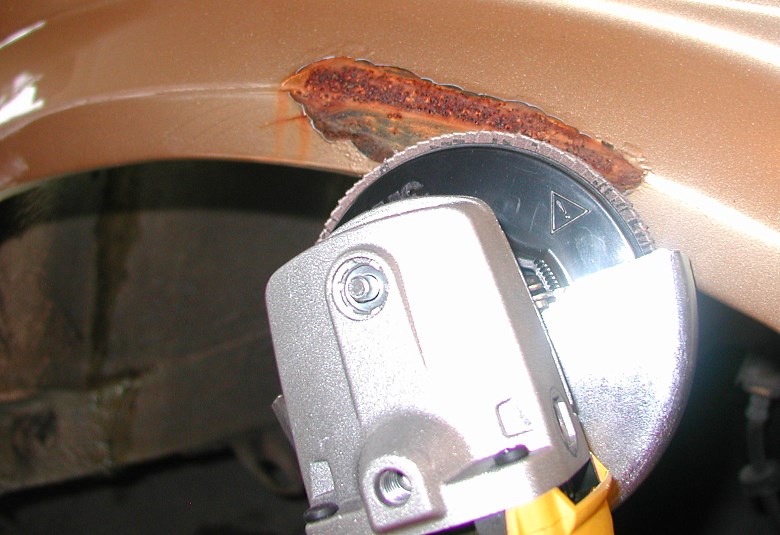 Rust is detrimental to a car. Appearing in one or two places on the surface of the metal, if proper measures are not taken in time, it can hit the entire body, the repair of which is not only a laborious process, but also a big expense. What to do in such a case? The answer is simple: to control the condition of the body, monitor the safety of the coating and remove rust in time, especially since today, thanks to the variety of car chemistry, this has become possible. In order for corrosion not to turn into a disaster, every car owner should have a simple remedy in the arsenal - rust remover. With its help, the problem can be eradicated in the bud, and this work can be done at home, and how to do this is described below.

The car body, however, like the rims, is a target for a number of negative factors: an aggressive environment, exposure to chemicals that utilities treat roads in winter, as well as the bombardment of metal with sand and gravel flying out from under the wheels at a decent speed. All this causes the occurrence of corrosion bugs.

They usually appear in small dots, hitting the sills, rims and bottom. At first, the car owner, as a rule, does not pay attention to the modification of the metal, but in vain. It will take quite a bit of time for the corrosive bugs to grow and hit a large area. The sad result will be the need to install new thresholds, bottom or rims, which is not economically viable. But, if the problem has not yet reached such grandiose proportions, it can be eliminated using modern methods. 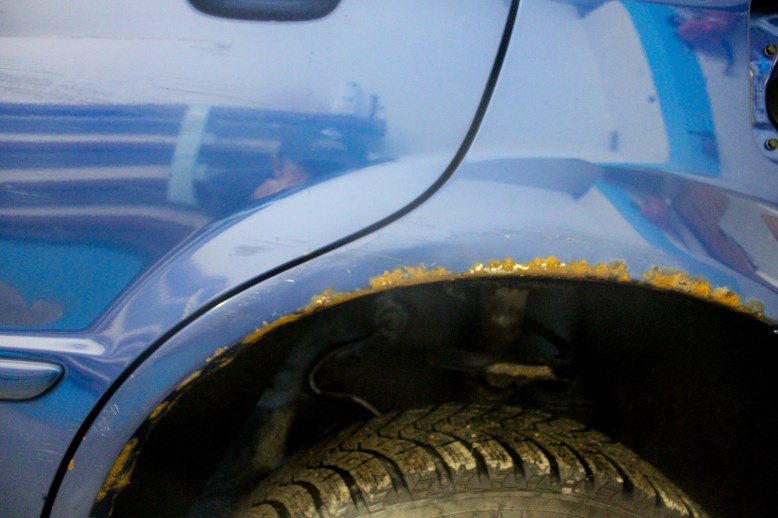 The first, so to speak, old-fashioned method of eliminating corrosion of a car body is mechanical cleaning. Its essence is as follows:

The most interesting and popular method of eliminating corrosion of the car body at home is the chemical treatment of metal. If in the previous method the rust-cleaning nozzle played the leading role, then real magic happens here - the transformation of the rust formula into another compound under the influence of chemical reagents. For this quality, such a chemical agent was called a rust converter. 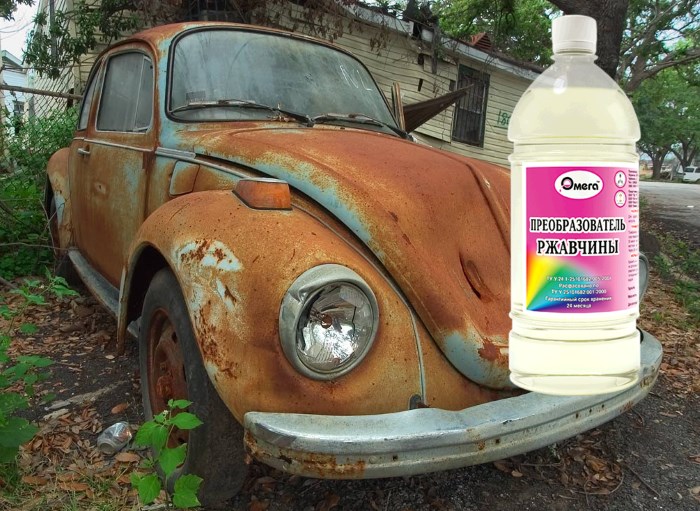 The converter has a complex chemical composition, but its basis, as a rule, is phosphoric acid, such, for example, is the Omega cleaner, which is popular today. It contains phosphoric acid, which has an active effect on rust, carboxymethyl cellulose, a corrosion inhibitor and silicic anhydride.

The composition of Omega is very powerful, so it is important to carefully study the instructions before use and work only with protective gloves.

In no case should the agent get into the eyes, since phosphoric acid and other alkalis can lead to catastrophic consequences. But, if you are careful and careful, then the work of removing rust from the car body can be done quite easily and quickly, and, most importantly, at home. In addition, some brands, along with a bottle of chemical mixture, also come with a special nozzle that facilitates the process of removing rust from iron.

Working with chemical mixtures (etching) is carried out in several stages: 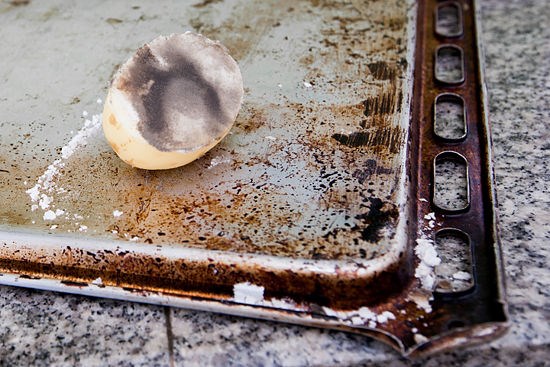 After such a powerful treatment, rust comes off all metal surfaces, and even difficult surfaces such as rims and the bottom of a car take on a new look.

You can clean the surface of corroded metal and other composition. It also, like Omega-1, is widely popular due to its efficiency and ease of operation. The kit includes a special nozzle.

Chemical mixture 1120 has the following composition:

The composition is applied to a cleaned, degreased iron surface, for example, on wheels, a car hood or any other metal body elements for no more than five minutes, then washed off with water. Residues of the chemical agent are removed with agent 107. Here it is also necessary to be extremely careful and make sure that the composition does not get on the skin, eyes and mucous membranes, as a serious burn can occur. After processing, all rusted metal elements of a car, including rims, as the most problematic for cleaning, will acquire a shine of novelty and will last for more than one year with proper care. 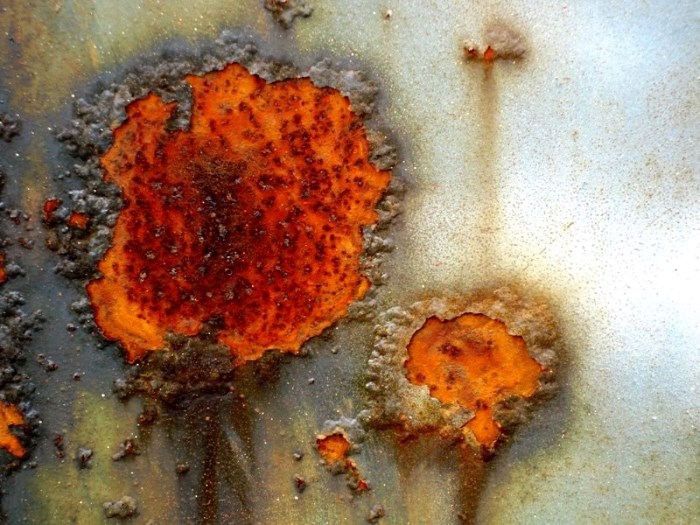 Ways to eliminate through rust

When the ruthless rust nevertheless ate through the surface of the body, chemical means are no longer enough here, and a more radical method of struggle is needed. Here you can use the spatula method.

Before proceeding with the putty, the surface of the body must be degreased. After that, you should select the desired mixture of putty and seal all the openings with it, then the layers are leveled and dried.

The next, last stage of work is priming and painting. As a result, the car again acquired an ideal, new look, there was no trace of rust left on either the hood or bumpers, and the wheels sparkle like they had just been bought. Now, knowing how to eliminate corrosion, you can always keep your car in perfect condition, which is what we want you to do.

I did it mechanically, it takes a long time to grind, and you need to have work skills, so I think the liquid is worth a try.

Their combination will be the most reliable: mechanical cleaning, processing with a converter, galvanizing this place and then puttying, priming and painting ...

Before processing with converters, it is definitely necessary to clean everything. This is written in the instructions. With through rust, it is necessary to weld holes or replace the rusted area. Puttying, as recommended in the article, is a dead poultice. Rust comes out within a month. No converter will help.