Pressure type sandblasting equipment: what are its advantages?

Before starting work on painting and varnishing surfaces or applying protective coatings, it is necessary to carefully prepare the work surface. For these purposes, pressure sandblasting is best suited as a tool, which in fact is the most advanced type among such equipment. With it, you can cope with the most difficult contaminants - scale, rust, remnants of the old protective layer, oil and grease stains and more.

Advantages and types of sandblasting

Sandblasting as an equipment has many advantages, among which are the following:

There are several types of sandblasters, two of which are commonly used for surface cleaning. These include sandblasting of closed type and open type. Closed is, in fact, a sandblasting chamber. Open type - mobile, mainly used in working with outdoor objects.

Sandblasting can also be injection, pressure type or vacuum. They differ from each other in the way of supplying abrasive particles to clean the surface. 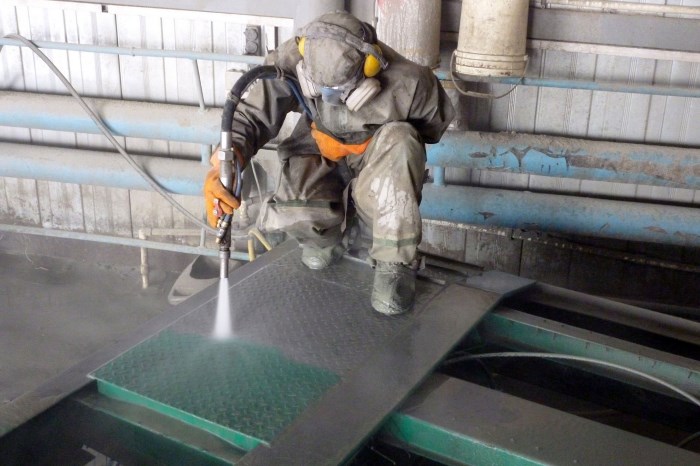 Sandblasting pressure and injection type has its own characteristics, based on which the craftsmen choose one or the other. Firstly, the name itself indicates the type of movement along the sleeve of abrasive particles. Secondly, sandblasters have different energy and airflow rates. What are the advantages of a pressure device?

The pressure type demonstrates higher performance in work, therefore it is suitable for large volumes of work and deep cleaning of the surface.

It is important that the apparatus is equipped with a special separate container in which the abrasive is placed. Such a reservoir must be hermetically sealed, since high pressure is applied to move the abrasive material into the system. This feature applies primarily to the pressure-type apparatus.

Sandblasting, depending on the type chosen, also differs in the air and abrasive supply system. In injection type equipment, this happens through different hoses, and in a pressure apparatus, through one. It is the latter that crowns the abrasive blast nozzle. With its help, pressure sandblasting sets the shape of the jet, determines its movement in the right direction.

Injector-type equipment lags far behind in terms of performance, which is reflected in its price (it is much lower than that of pressure equipment). The speed of air and abrasive jet supply, the energy of such an apparatus is much less, since the compressor is weaker. The latter uses smaller volumes of compressed air, which otherwise does not affect its efficiency. Injection sandblasting is advisable to use when performing small amounts of work.

Despite the fact that there are various types of devices on the market, including budget ones, craftsmen often tend to think of making it themselves. To do this, you need to take a barrel and remove the bottom in it, insert a cone there, and attach a shutter with a tee with an attached hose from the compressor and a sleeve with an attached nozzle at the bottom.

The choice of abrasive material depends on what result you want to achieve in the end, what type of surface you have to work with.

In pressure and injection type sandblasters, various types of abrasives are used: sand (must contain a high proportion of silicon), cast iron or steel shot.

In some cases, boron carbide is taken. It is often used as a composite material in the production of sandblast nozzles, and the residues in the form of waste have a structure similar to that of sand. 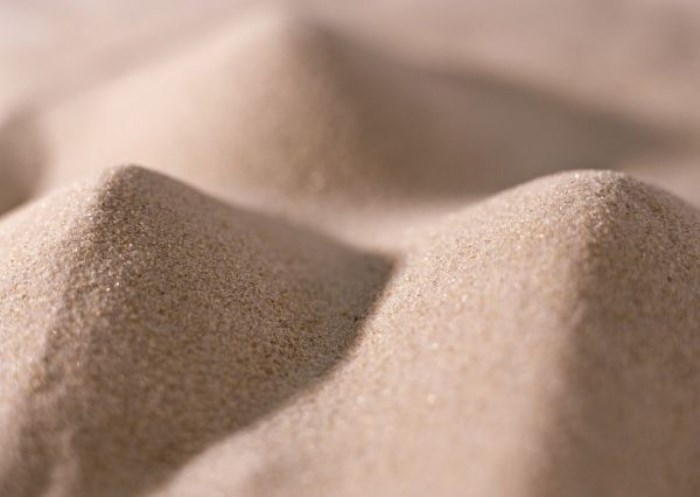 Means of protection when working with sandblasting

To an inexperienced master, a non-professional, it may seem that there is nothing complicated and dangerous in working with sandblasting equipment. However, this is not the case; surface treatment using a pressure or injection apparatus is a rather dangerous, traumatic activity. To protect yourself, the master operator must always use protection. First of all, attention is paid to the respiratory organs, vision, but we must not forget about the mucous membranes in general, as well as the head, face, neck, ears and skin.

You can protect yourself with:

The helmet is usually made of plastic, equipped with a forced air supply system so that the operator feels comfortable in it.

Filters are different. For example, air PV cleans the atmosphere from dust particles and fumes, in particular oil vapors. Thanks to him, through the forced supply system, air that is safe for breathing enters the helmet. Replacement filter elements for PV filters are also on sale. 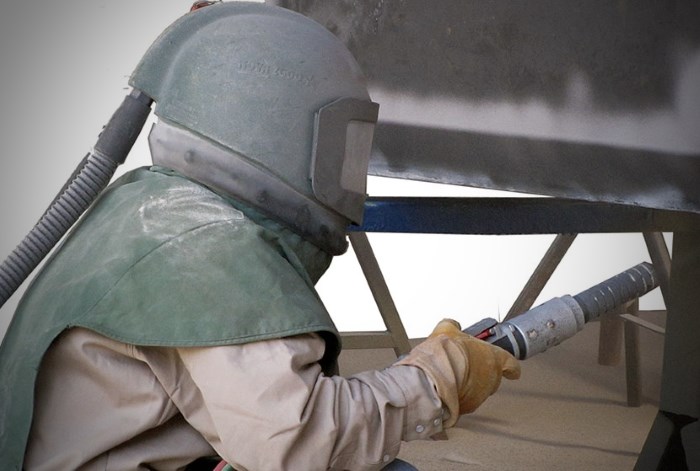 The operator's hands often suffer during sandblasting, so they need to be covered with leggings (mittens), special gloves. This simple but effective protection will allow the master to avoid getting abrasives on the limbs.

To ensure complete safety during work, a protective suit is used. It is sewn from natural cotton, soft leather or other durable material. When choosing a fabric or leather, it is important to take into account its ability to pass air and moisture (the suit should not interfere with heat, moisture and air exchange of the body), as well as resist mechanical wear. Most often, materials for sewing a protective suit are combined.