Why is removable 35 percent window film so popular? 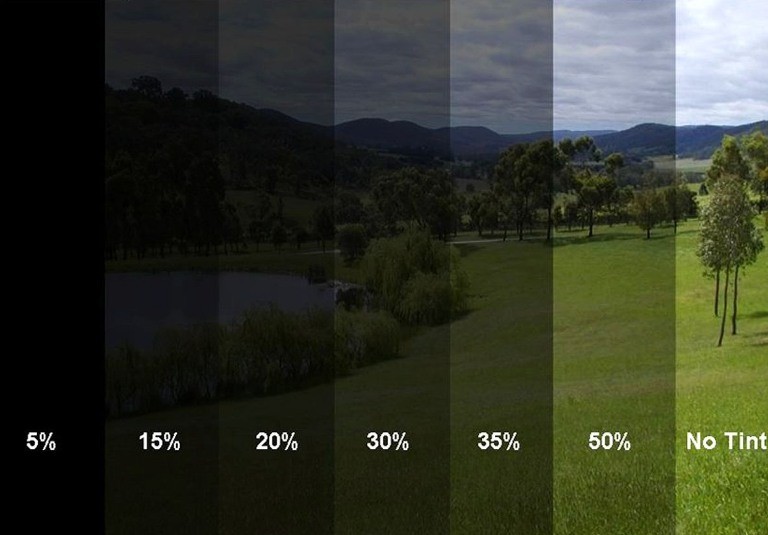 It is not worth talking about the benefits of car window tinting for a long time. The vast majority of vehicle owners agreed that it is necessary, and the only question is what degree of dimming is best done so that it is comfortable and cozy inside the car. If you take the most tightly tinted cars in a circle, then most often their rear windows let in 5 percent of the light, the front windows - 15% and the windshield - 35%. This combination ensures complete invisibility of what is happening in the cabin to an outside observer. In the photo, such a car also looks great, though inside, at dusk and rain, the condition will not be very comfortable. The problem is solved by removable tinting 35, which can be put on the windshield and side front windows and removed depending on the time of day, weather conditions, or the approach of a traffic police officer to the car. Toning in a circle looks very impressive, which is confirmed by photos of successfully completed options.

When talking about a tint film, numbers are heard, then most often we are talking about light transmission. So a material labeled "35" transmits 35 percent of the sun's rays that fall on it, and scatters and delays the remaining 65%. Navigating by looking at bare numbers is quite difficult. The following table will help to imagine what effect this or that light transmission ability of a film installed on car windows leads to.

As can be seen from the above data, dull tinting creates a lot of trouble for the owners themselves, who are forced to lower their windows when driving through dark alleys at night. Therefore, darkening in a circle (except for the forehead) with a film that transmits 15% of the light is much more common. In this case, for an observer from the street, only the silhouettes of people sitting in front are visible, while the rear passengers are practically not visible. You cannot lower the windshield when driving in the dark, so it is either tinted according to GOST or a removable film is used. 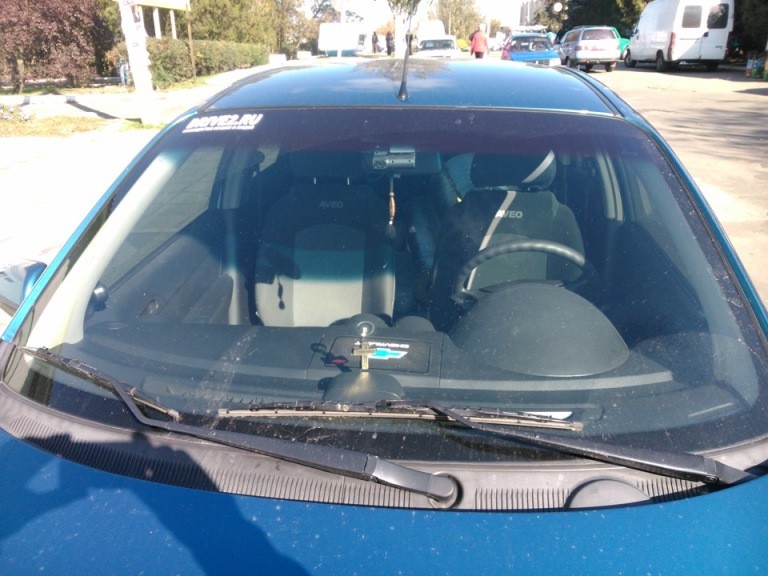 For human eyes, neutral tones are preferred, which do not distort color reproduction. In this case, vision is not strained, which is important not only for health, but also for driving safety.

Various shades of gray and charcoal are great on the eye and are great for darkening windows around a wide range of vehicle colors. Infiniti film produced by SUNTEK has excellent optical and operational properties.

This material is well-deserved popularity of motorists. Its main advantages are:

Infiniti perfectly protects the interior from burnout, and passengers from prying eyes. Thanks to a special manufacturing technology, this material does not delaminate, does not fade and perfectly adheres to the glass surface. In addition, it has a very weak specularity, and therefore does not interfere with the movement of oncoming vehicles. The Infiniti film, installed in a circle, including on the windshield, looks very chic, as you can see by looking at the photos of the cars decorated with it.

This material is interesting in that it does not change the color rendering. Therefore, if you install it on an athermal greenish windshield, then the native color will break through the tint, giving it a factory look. Those who do not like a strong dimming of the interior are limited to an Infiniti film with a light transmission of 35% installed on the rear windows and the same strip placed on the top of the forehead. In the photo, such cars look great and they clearly show that the rear of the cabin is not visible from the outside.

Economically, this method is more profitable, since you need to buy less films than for tinting in a circle.

The metallized material, shimmering with mother-of-pearl-chrome shades, looks great on cars of various classes, giving them solidity and rigor, which is clearly seen in their photos. Many are attracted by the durability of the film. It is made of several layers coated with metal, which provides the required sun protection properties, and the workmanship and applied technologies provide a long-term operational resource.

Many car owners want to completely protect the interior from prying eyes. In a car tinted according to GOST without a strong darkening of the windshield, the front seats are visible from the outside well, but the rear ones are practically invisible. Those who want to get more effect can use removable tinting, which is usually done on the windshield and front windows, which allows you to darken the car in a circle when installed, completely hiding the interior from the outside world. This design can be attached to the surface using: 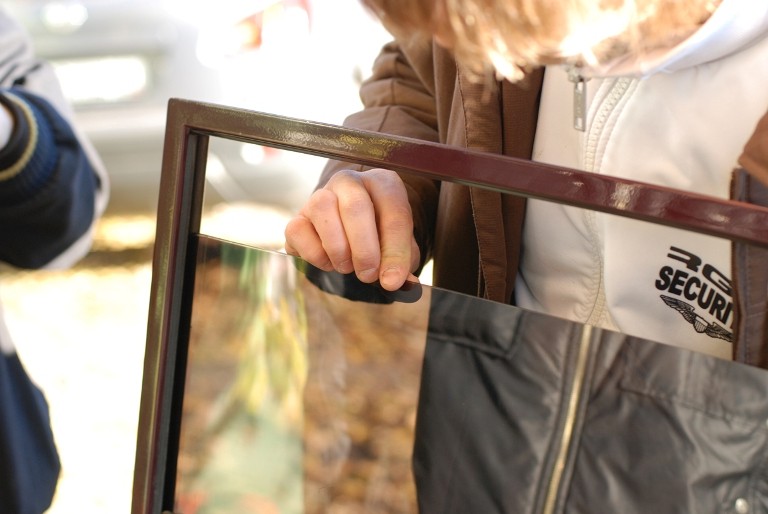 The most practical are tints, which are made from a plastic base on which a tint film is glued. The most common type of tinting is the rear semicircle. In this case, the darkening of the windshield is not carried out. This is a permitted and safe type of tinting. With it, it is allowed to stick a darkened strip with a width of no more than 14 cm in the upper part of the forehead. The photo shows that such tinting looks very impressive. But for many this is not enough. In order for the semicircle to turn into tinting in a circle, the use of removable structures will be required. You can buy them or make your own and put them on the windshield and front side windows.

In terms of interior comfort, the Infiniti, with its 35 percent light transmission, is ideal for this purpose. To make a plastic removable tint, you will need to buy a high-quality light-protective film and thin transparent plastic. Their last requirement is to make a blank, the shape of which completely repeats the geometry of the windshield.

The better the work is done, the better the fit and the resulting toning effect will be. If there are gaps between the removable structure and the windshield, then optical distortions are possible, and rattling will occur during movement.

Removable tinting is easier to make on the side front windows, since they are flat, so it will be quite easy to achieve a snug fit. Sometimes, to improve the quality of the design, the tint film is glued on both sides of the transparent plastic. This procedure significantly increases the operational resource. It should be borne in mind that such tinting in a circle will be darker, and the film must be taken more transparent. The photo shows that cars with removable blackout do not visually differ, since the quality of the work is very high. Understand which car is tinted at the factory, and which one is in the salon or garage. almost impossible. 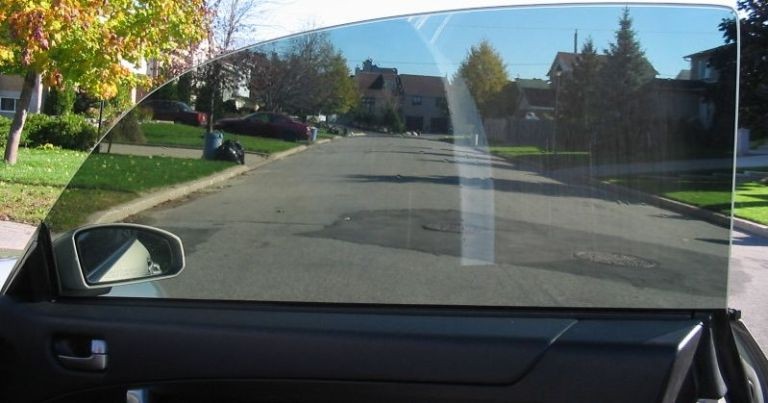 A very important and useful effect of using removable structures is the ability to quickly dismantle them, after which the tinting in a circle turns into a rear semicircle. But you need to know that if the traffic police recorded a violation, then the quick removal of tinting is unlikely to save you from penalties. However, this already depends not on the technical characteristics of the design, but on the diplomatic abilities of the driver.

GOST does not allow the use of tinting on the windshield that transmits only 35% of the light. You can long and hard prove to the traffic police officer that everything is clearly visible from inside the car and the blackout does not interfere with traffic, but if the device shows a deviation from the standard, then any other evidence and words will be useless. This must be borne in mind when making tinting in a circle, moreover, both glued to the glass and removable. The latter allows you to quickly eliminate the violation, but as long as there are current rules, owners of cars darkened in this way will drive under the threat of falling under administrative punishment. Choosing which is better: increased comfort or strict compliance with traffic rules is an individual matter for everyone, so on the streets you can find many cars tinted both in accordance with GOST, and with one or another deviation from it.

Car tinting should be simple and functional. For example, tinted film on windows in winter clearly interferes with the operation of electric windows, scratches itself and becomes ugly. And excessive tinting of the rear window interferes with reversing at night.

And why the hell do you lower the windows in winter.

November 30, 2009 — 3:41 pm Video is definitely increasing not just in real estate but on hotel and hospitality websites. Videos of rooms and the hotel facilities as well as local attractions. All add benefit to the website and the user ex.p#ienceewatch it keep growing!

To be honest, I don't understand why a car should be tinted more than 35% darker. For a comfortable ride in summer and winter, the permitted tinting is quite enough. Those who tint the car with a very dark film, rather do it so that it is not visible who is sitting in the cabin. I believe that it is very correct that the available level was prescribed in the rules. In addition, in the event of an accident, the victim will not even be able to see who is sitting in the cabin or how many people, if the car is all 100% tinted. It is a pity that the tinting was turned into an element of tuning and they forgot about comfort, both for themselves and for pedestrians!

Toning is just super and everything!

Toning is a very good use!
In my city, there are white nights all summer and this is annoying, but with tinting it is very convenient. True, in winter the polar night and I shoot it on the front windows.

Toning is smart! Everything else is an aquarium! And on any car, except for a convertible, of course.

where can i order

If a person does not know how to drive, then what's the difference whether his car is tinted or not. In my practice, there have not yet been cases that tinting would interfere or cause an accident. But there are more benefits from it - the interior is hidden from prying eyes, it warms up worse in the summer, and the car looks more interesting with it, but here it tastes and color.