The application of a tint film on car windows gives the vehicle an individuality, has the function of protecting from the sun and, in case of damage, will not allow splinters to scatter. This material has different shades and degree of light transmission. One of the lightest options is 75% tinting, which is most often athermal.

A legislative document, adopted in September 2009, establishes regulations, or certain conditions for the safe driving of vehicles. It also contains requirements for the light transmission of automotive glass. According to them, for windshields and front windows it should not be less than 70%, but it is recommended to choose a film with indicators of at least 75-80%. This is due to the fact that, together with automotive glass, especially the triplex type, the light transmission of 70 tinting ends up being several percent less.

We also recall that the width of the dark sun strip in the upper part of the windshield should not exceed 14 cm. As for the light transmission of the rear windows, it is not regulated, so they can be darkened even with 5% tint.

Special attention should be paid to mirror tinting - it is prohibited due to the fact that the sun's rays reflected from its surface form glare that can interfere with the safety of driving other road users.

75% tint film is ideal for windshield. Also a good choice would be its version with a darkened upper strip. This is practical, since the main protection from the sun is needed precisely in the upper part of the glass. 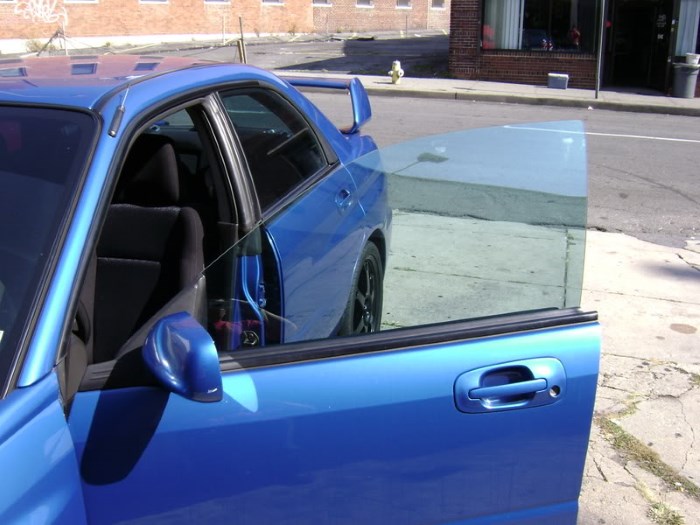 The tint film with 75% transmittance practically does not darken the windows. The main task of such a material is to protect the interior from ultraviolet and infrared rays, or, more simply, from burnout and overheating. Also, such material does not allow direct sunlight to enter the driver's eyes, ensuring safety and comfort when driving. You can use such tinting without any fear in terms of legality and safety on the road, since it fully complies with GOST.

The structure of an athermal tint film (75% or more) is a multilayer "sandwich" consisting of polymers, coloring components, metallized sputtering and a protective top layer. The combination of these tinting elements provides all the practical functions of the film.

When choosing 75 tint for your car, do not rush to save. By choosing a proven brand, you will not encounter such troubles as fading, peeling and bubbling of the film, even when exposed to adverse environmental conditions.

It is very easy to get lost among the variety of tint films, but nevertheless, there are several brands that have managed to earn the respect of consumers: 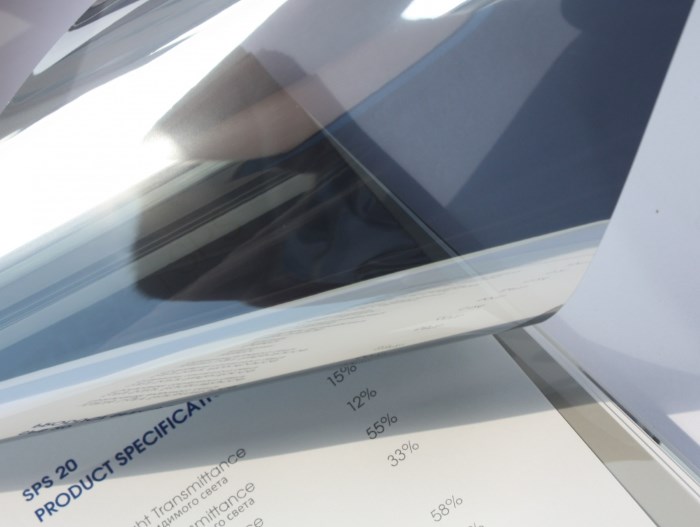 In the range of these manufacturers, you can choose a tint with 75% light transmission, which is ideal for applying to the front and windshield. The cost of these brands is an order of magnitude higher, but unlike the Chinese versions, they have a metallized layer, so they do not fade.

Consider several options for 75 tinting, which is offered by the best, reputable companies.

This tint is almost invisible on the glass. It is characterized by maximum reflection of thermal energy and UF rays due to a specially developed composition. Characteristically, the film Llumar AIR 75 has a dielectric coating that does not interfere with the passage of the signal of the cellular network and radio. The cost of this tinting will cost about 1,000 rubles per 1 linear meter and 30,000 rubles. per roll (length 30 m).

This 75% tint is produced using modern equipment and high-tech materials. It is not surprising that such a material includes more than 200 layers of metal molecules deposited by magnetron sputtering. Brand tinting is characterized by a record indicator in terms of protection from infrared radiation. For example, Mystique Zero film (chameleon) provides 100% protection against such rays, that is, it does not let them through at all. The manufacturer gives a 5-year warranty on its materials. The cost of a linear meter of Mystique Optimum 75 tinting is about 2,300 rubles, and a 30 m roll will cost about 55,000 rubles. 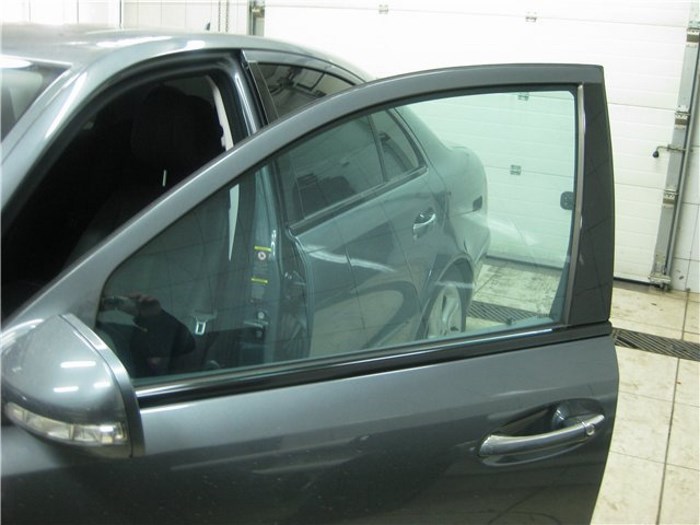 This is a metallic tint containing a nano-ceramic coating, thanks to which it is able to retain about 90% of thermal solar radiation. The price of the material for 1 linear meter is about 2000 rubles, and the whole roll is 48000 rubles.

This tint, made using Crystal Vision technology, provides optical transparency, complete absence of distortion and 75-80% light transmission. The film is convenient when applied to glass, as it is easy to form and also has antistatic properties. The material is guaranteed for 10 years.

This sun tinting will cost about 750-800 rubles. per linear meter and 14-15 thousand rubles per roll. Athermal film chameleon is well molded and has a light blue tint. In terms of material performance, Ultra Vision Ceramic series films provide 40% infrared heat retention. They belong to the inexpensive segment of tinting of this brand. 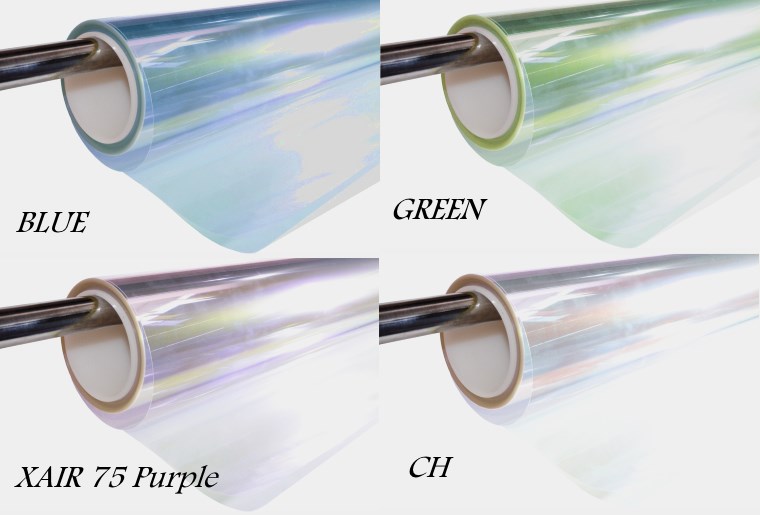 According to the manufacturer, this tinting is also made in accordance with GOST, but its light transmission is 70%. The material delays infrared radiation by 60-80%. Ultra Vision Purple tint film also molds well on car windows and has a beautiful purple tint.

Sun Control NR 80 tinting can also reduce the degree of heating of the car interior and ensure comfortable driving. For example, the SRC variety retains up to 75% of the sun's heat, and is made on the basis of high-quality transparent material. An additional advantage of this material is mechanical strength, ease of application, durability. 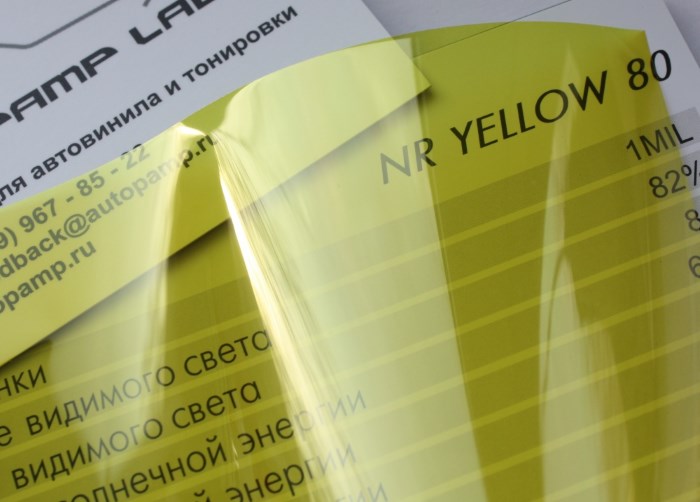 Checking the light transmission of glasses

The traffic police officer has the right to stop a vehicle with very dark windows and measure their light transmission with special equipment. Carrying out such a check is regulated by the provisions of GOST R51709-2001. The main ones are as follows:

We also note that the list of administrative procedures carried out by traffic police officers does not officially include such an item as checking the light transmission of glasses. This procedure is referred to as checking the technical condition of the vehicle. And it has the right to be carried out exclusively by an employee of the Technical Supervision Service of the traffic police at checkpoints, stationary and police checkpoints.

Tinting with a transmission of 75% is considered the best choice for applying to windshields and front windows, and the preference for proven brands will provide reliable protection and a long attractive look of the car.