What tinted front windows meet the requirements of GOST? 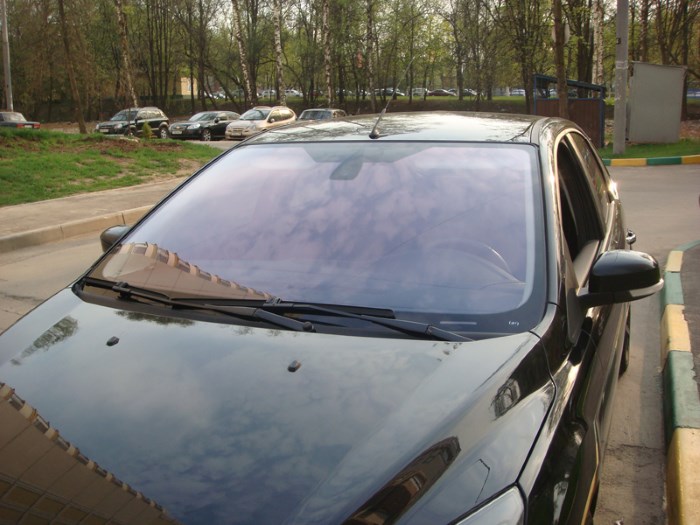 Car window tinting is a very important procedure that can be called necessary. The thing is that a well-made tint film prevents the penetration of ultraviolet and thermal rays and partly reflects glare and light from the headlights of other cars. And besides, tinted windows look very impressive.

Until recently, many car owners were not very interested in the basic rules for window tinting. Subsequently, this led to the fact that the number of fines issued in connection with the violation of these rules increased significantly. This makes you think about the possible consequences, and therefore we advise you to familiarize yourself with the contents of this article and find out what the windshield tinting should be according to GOST. We focus special attention on the fact that these norms are valid both in Ukraine and in Russia.

Front windows (both windshield and side windows) should not distort the yellow, green, white and red colors of the spectrum. Otherwise, it will be considered an additional violation.

In Russia, the fine is 500 rubles, and in Ukraine - 330-430 UAH. Today, car windshields are initially made such that they let in about 80% of the light, so at least the windshield does not need to be tinted. The same applies to the side front ones, and the fact is that the lightest tint film of a car is absorbed by 10-20%, so there is a significant risk of exceeding the norm, which will certainly lead to a fine.

If you still decide to do their tinting, then be sure to check the percentage of light transmitted at the tinting point. But with the rear everything is much easier. You're almost unlimited here, with the exception of the aforementioned mirror film, so tint them as much as you want. 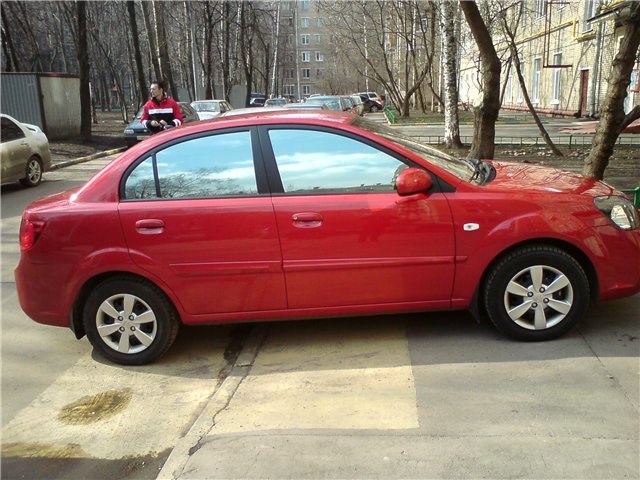 As you can see, the limitations are quite significant, but how then, in this case, to deal with discomfort due to insufficient dimming. This is especially true on hot summer days, when the sun's rays directly burn everything in their path. So, there are several ways to tint windows:

The best brands of tint films for car windows include:

For example, the film on Llumar Air 80 glass is shown in the photo. 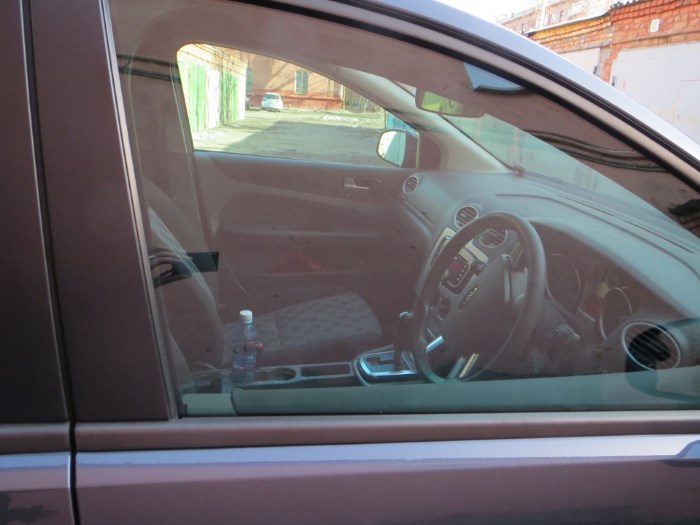 Such a check is carried out using a special device (taumeter). Any traffic police officer has the right to check your car.

There can be only 2 exceptions: if the seal on the taumeter is broken or the operating conditions of the device are not met.

A taumeter can only work under the following conditions:

If you are sure that all the norms for car tinting have been met, and you still got a fine, then you can appeal this decision within 10 days. However, this opportunity will appear only if you were checked on the spot. It is believed that at a stationary post with an equipped laboratory, all requirements are met. Be especially careful if you are required to "another way to pay for the violation."

Here in the rules of the road it is said about a certificate for tinting ... I bought a used car, and of course I have not heard of such a certificate ( Could this be a reason for a fine?

Ignorance of the rules is no excuse.

Yes, the issue of tinting must be approached responsibly, if you decide to do it, then do it according to all the rules or traffic cops will torture you.

why not impose a tax on tinting? who wants to let him pay and get tinted! 4000 a year, this is 40 billion in the budget! In Russia, 50 million of them, I think 2 million will want toning!

I support your project

Whoever invents these fines, they violate them the most! That's just gaytsy do not fine them! If they call and let them go!!!!

I agree with Vitya. Either a tax, or as an aggravating circumstance in case of an accident, a fine, a term of deprivation in three times. And then something accident is not very diminished. A rotozey, even with tinting, even without tinting, will remain a rotozey. In general, I'm surprised how points are not yet fined. How are glasses different from removable tony then?

Glasses are not used at night, and with tinting it will not be possible to remove its properties at night