We tint front windows: tips for choosing and applying a film 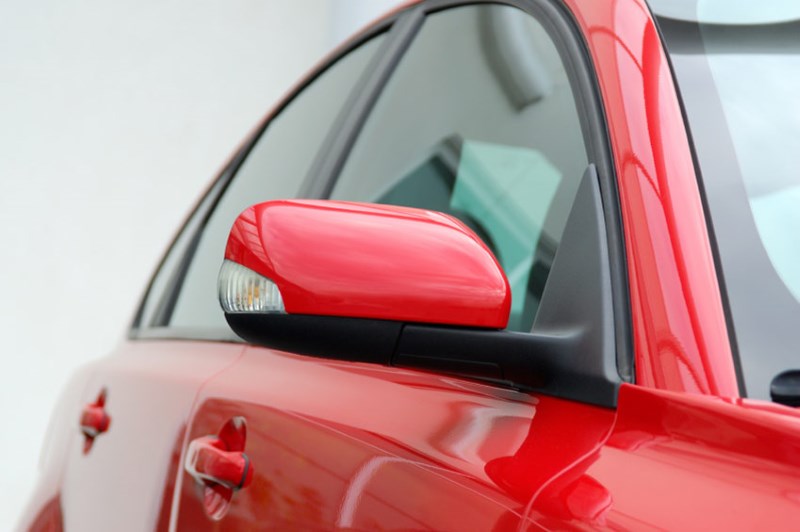 Car window tinting is one of the most requested tuning procedures. It solves many problems, including weakening the bright rays of the sun shining into the eyes, and protecting the glass from external negative factors. That is why most car owners tend to tint their vehicle. However, in a special salon they can charge a considerable amount for such a procedure, so it will be more profitable to do everything yourself. Rules and recommendations on this matter can be found in this article.

What is the film for the car and how to choose it?

Toning is not difficult to carry out, but you will need a special material - a film for a car. It can be purchased at a store offering products for cars, but first you need to familiarize yourself with the varieties of this material.

There are three main types of film for front windows: 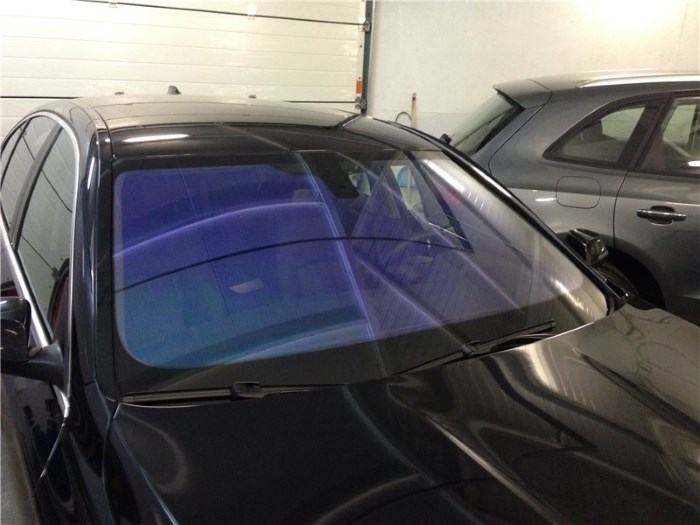 When buying a film for a car, you should not give preference to cheap materials. They are usually of poor quality, and sticking them with your own hands, you can get a bad result. Therefore, if you choose a material, then an expensive and well-established company. You can consult with the seller about which film is best suited for the front windows of a car. Most often, the specialist gives correct and useful recommendations.

Since you will have to carry out the procedure with your own hands, you need to take care of preparing for tinting. To do this, you will need special tools, which can also be purchased at the store or found at home. Among them: a knife, a ruler, napkins, sponges and a spray bottle. As a solution, you can use soap or shampoo mixed with warm water.

How to apply film?

Before tinting the front windows of the car, you need to wash them thoroughly. To do this, you can use water, as well as an antiseptic, a clean rag or napkin. After all dust and dirt is removed, you need to allow the surface to dry. At this time, you can make a pattern of the film with your own hands, taking measurements from the car.

It is important to take into account that the cut material should extend beyond the glass by a few millimeters, since the excess can then be cut off, and the missing section cannot be glued. 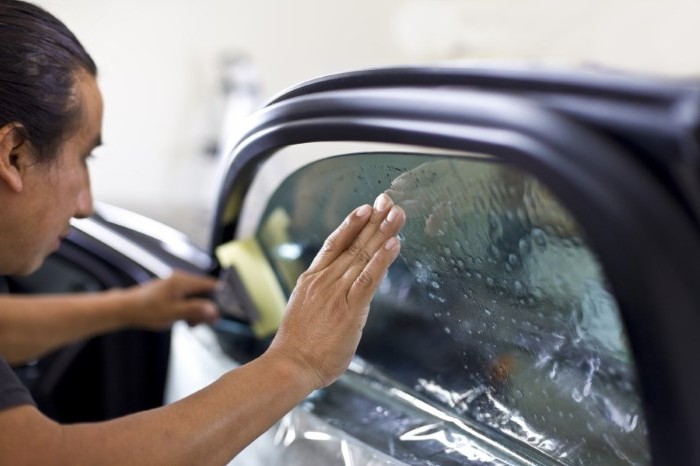 After that, you can slightly moisten the glass and attach the cut piece to it with the liner out. Then it is necessary to lower the glass and fix the material relative to the upper edge. Then you need to make a horizontal cut and give it the desired shape.

The windshield is a little different. The pattern will have to be done more accurately and directly on the surface being processed. You need to be careful, otherwise you can damage the glass or other parts of the car. It is recommended that you first familiarize yourself with the video, which describes and shows this process in detail, in order to be ready for anything.

You will have to glue the film with a special solution when it is completely cut out. You need to squeeze out the glue from top to bottom, carefully making sure that nothing remains between the cut material and the solution layer. The film must be held by hand so that it does not move on the glass. In the end, you need to walk through the material with distillation and a hairdryer, fixing the film on the surface. If there is an extra part, then it can be cut with a knife, preferably a special one. This completes the tinting of the car with your own hands. It is advisable to wait a few days before using the vehicle. 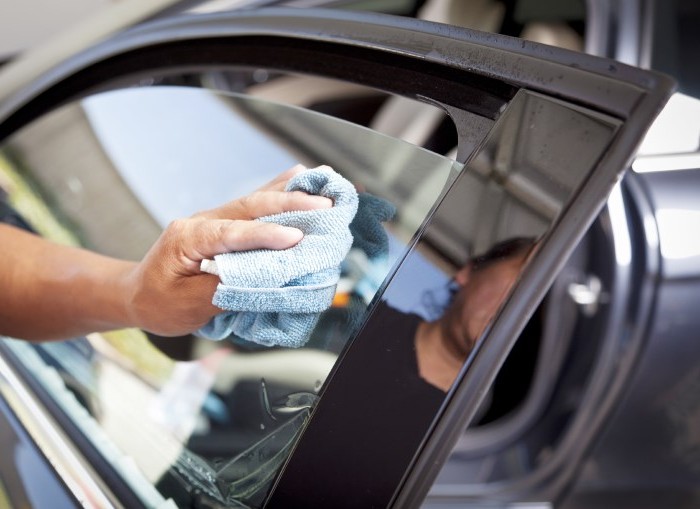 It is difficult to argue with the fact that it is very convenient to drive with tinted windows. There are many advantages to the face - the eyes do not get tired of bright sunlight, other cars do not dazzle, and you can hide from prying eyes. However, the traffic police is against glass, whose light transmission is below 70 percent. This is due to the fact that at night, tinting can make it difficult to see another car, a pedestrian on the road or an animal, and as a result, an accident will occur, and therefore certain rules should be followed.

By law, it is allowed to stick a strip on top of the windshield, no larger than 14 cm, which can hardly transmit light. But if you glue the film, then it must have a light transmission capacity of 75% or more in order to comply with GOST. The same goes for the front side windows. But the rear windows can be tinted as you like, since the fine does not apply to them.

By the way, if it happens that the inspector stops, and the car has a violation on this occasion, the driver will be fined 500 rubles. It is advisable to immediately remove the film and replace it with a new one that complies with the law, which will help protect yourself and passengers.

With this strange fine for tinting a lot of crap. I had to put the most simple. In general, what about the fact that there will be a dark one on all windows ??! Let them fine more for dirty, unreadable numbers. In general, whoever has a pocket allows, fines for tinting, and are willing to pay for numbers, etc.

That addssres several of my concerns actually.

By the summer, I'm going to do a little tuning, now I think I received the instructions in full, then it's a matter of technology.

If time is money you've made me a weeaihtlr woman.